THE WORLD’S REWARD (South-African Folk-Tales, 1910) by James A. Honey 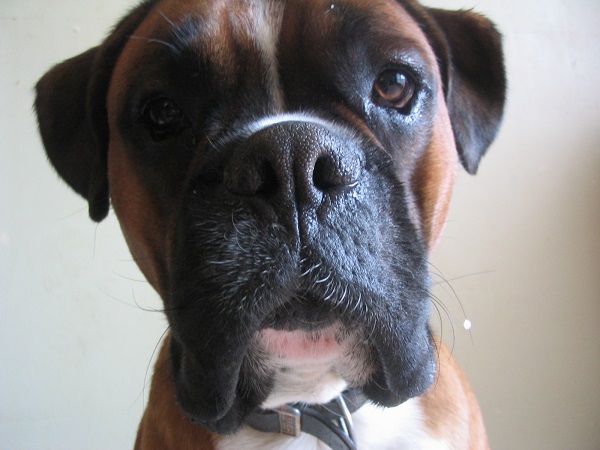 Once there was a man that had an old dog, so old that the man desired to put him aside. The dog had served him very faithfully when he was still young, but ingratitude is the world’s reward, and the man now wanted to dispose of him. The old dumb creature, however, ferreted out the plan of his master, and so at once resolved to go away of his own accord.

After he had walked quite a way he met an old bull in the veldt.

“To the land of the aged,” said the dog, “where troubles don’t disturb you and thanklessness does not deface the deeds of man.”

The two now walked on and found a ram.

The dog laid the plan before him, and all moved off together, until they afterwards came successively upon a donkey, a cat, a cock, and a goose.

These joined their company, and the seven set out on their journey.

Late one night they came to a house and through the open door they saw a table spread with all kinds of nice food, of which some robbers were having their fill. It would help nothing to ask for admittance, and seeing that they were hungry, they must think of something else.

Therefore the donkey climbed up on the bull, the ram on the donkey, the dog on the ram, the cat on the dog, the goose on the cat, and the cock on the goose, and with one accord they all let out terrible (threatening) noises (cryings).

The bull began to bellow, the donkey to bray, the dog to bark, the ram to bleat, the cat to mew, the goose to giggle gaggle, and the cock to crow, all without cessation.

The people in the house were frightened perfectly limp; they glanced out through the front door, and there they stared on the strange sight. Some of them took to the ropes over the back lower door, some disappeared through the window, and in a few counts the house was empty.

Then the seven old animals climbed down from one another, stepped into the house, and satisfied themselves with the delicious food.

But when they had finished, there still remained a great deal of food, too much to take with them on their remaining journey, and so together they contrived a plan to hold their position until the next day after breakfast.

The dog said, “See here, I am accustomed to watch at the front door of my master’s house,” and thereupon flopped himself down to sleep; the bull said, “I go behind the door,” and there he took his position; the ram said, “I will go up on to the loft”; the donkey, “I at the middle door”; the cat, “I in the fireplace”; the goose, “I in the back door”; and the cock said, “I am going to sleep on the bed.”

The captain of the robbers after a while sent one of his men back to see if these creatures had yet left the house.

The man came very cautiously into the neighborhood, listened and listened, but he heard nothing; he peeped through the window, and saw in the grate just two coals still glimmering, and thereupon started to walk through the front door.

There the old dog seized him by the leg. He jumped into the house, but the bull was ready, swept him up with his horns, and tossed him on to the loft. Here the ram received him and pushed him off the loft again. Reaching ground, he made for the middle door, but the donkey set up a terrible braying and at the same time gave him a kick that landed him in the fireplace, where the cat flew at him and scratched him nearly to pieces. He then jumped out through the back door, and here the goose got him by the trousers. When he was some distance away the cock crowed. He thereupon ran so that you could hear the stones rattle in the dark.

Purple and crimson and out of breath, he came back to his companions.

“Frightful, frightful!” was all that they could get from him at first, but after a while he told them.

“When I looked through the window I saw in the fireplace two bright coals shining, and when I wanted to go through the front door to go and look, I stepped into an iron trap. I jumped into the house, and there some one seized me with a fork and pitched me up on to the loft, there again some one was ready, and threw me down on all fours. I wanted to fly through the middle door, but there some one blew on a trumpet, and smote me with a sledge hammer so that I did not know where I landed; but coming to very quickly, I found I was in the fireplace, and there another flew at me and scratched the eyes almost out of my head. I thereupon fled out of the back door, and lastly I was attacked on the leg by the sixth with a pair of fire tongs, and when I was still running away, some one shouted out of the house, ‘Stop him, stop h—i—m!'” 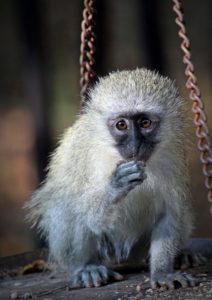 THE MONKEY’S FIDDLE (South-African Folk-Tales, 1910) by James A. Honey
Hunger and want forced Monkey one day to forsake his…
Cresta Posts Box by CP