The 22 of March is the UN’s world water day. Water is a source of life and an important element of many folk- and fairy tales. Therefore fairytalenight.com has collected the best stories around water or the lack of water. Without further ado, here’s our list:

5. The Fish and the Leopard’s Wife; or, Why the Fish lives in the Water (FOLK STORIES FROM SOUTHERN NIGERIA WEST AFRICA, 1910) BY ELPHINSTONE DAYRELL

Do you know why fish live in the water and not on land? Find out why the King of Evo decreed that “for the future the fish should live in the water, and that if he ever came on the land he should die” in The Fish and the Leopard’s Wife

4. THE DANCE FOR WATER OR RABBIT’S TRIUMPH (South-African Folk-Tales, 1910) by James A. Honey

Droughts have impacted humans and animals alike for a long time. Especially African folk tales frequently deal with the impact of drought and what could be done as a remedy. The Dance For Water is a wonderful example collected by James A. Honey, who collected plenty of South-African Folk-Tales. A modern-day James Honey is Dyna Malamusi, who collected African stories as they are told today on her blog malamusi.com

As a frequent reader, you might also remember that the rabbit or hare is a prominent character in folk- and fairy tales, often a cunning and deceitful character. For more see read our collection about the Top stories about “The Hare”.

Another example for an African folk tale about drought is The Crocodile’s Treason. It also got a place in the Top 7 Fairy and Folk Tales about Lying

The story is about a treaty for safe passage between the water-based animals and the land-based animals when they are faced with an imminent drought. Both sides engage in high-stake diplomatic efforts and seem honest about it. Meanwhile, while all this was being arranged, Crocodile was smoothly preparing his treason. He called Yellow Snake to one side and said to him: “It is to our advantage to have these animals, who go among us every day, and who will continue to do so, fall into the hands of the Boer.

Even today it is said that, “there lies the mill at the bottom of the sea, and still, day by day, it grinds on; and that is why the sea is salt.”

1. THE WATER OF LIFE (Grimm’s Kinder und Hausmärchen) by The Brothers Grimm

One of the most famous stories of The Brother’s Grimm is The Water of Life.

“Long before you or I were born, there reigned, in a country a great way off, a king who had three sons. This king once fell very ill—so ill that nobody thought he could live.”

Therefore his sons venture out to retrieve The Water of Life to bring him back to good heatlh.

What is your favorite story about water?

Have we missed one? Please tell us in the comments below! 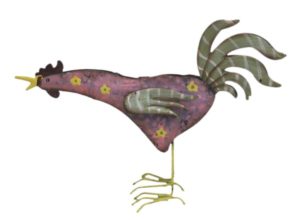