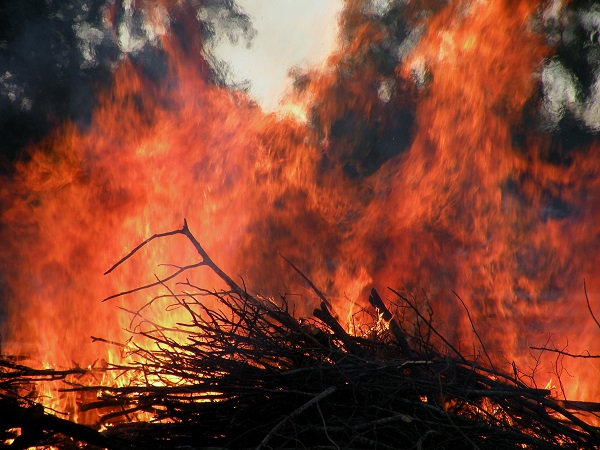 Ever since prehistoric times summer solstice has been a day of great importance. Rituals and traditions have evolved in many countries around the day. In many European countries bonfires are lit to celebrate the longest day (and therefore the shortest night) of the year.

Summer solstice is not only celebrated in Europe though, however, some cultures celebrate at a very different time. While in the Northern Hemisphere the summer solstice occurs in June, it happens in the December solstice in the Southern Hemisphere. In fact it basically precides Christmas  between 20th and 23rd  of December. The same dates in the opposite hemisphere are referred to as the winter solstice.

In honor of the longest day of the year, here are my:

5. The return of the Sun King by Christine Natale

A beautiful story full of allegories about the Fairy Queen who had fallen asleep and would not wake up again. In order to wake up the Fairy Queen Lady Spring strive to drive out King Winter, but will she succeed? King Sun is coming closer to earth, but will he do more harm than good? Will there be a happy end for the Fairy Queen?

You can find out yourself on The wonder of childhood where Christine Natale has shared her story.

Undoubtedly Gogol was one of the most famous and famous Russian writers. Although he was considered by his contemporaries one of the preeminent figures of the natural school of Russian literary realism, later critics have found in his work a fundamentally romantic sensibility, with strains of surrelism and the grotesque – similar to Kafka.

This fairy tale is full of treasures, evil witches, devils and curses. It was famously the main inspiration for the poem Night on Bald mountain, made known to the wider international audience by its use in Disney’s Fantasia.

Russian authors are a heavy to digest? Come on, give it a try and read the whole story here.

While the Christian church claims the night as their own religious event calling it St. Johns Eve (the following St. Johns day is dedicated to the birth of the Saint John the Baptist) celebrations on the year’s longest day date back much longer and have developed in many countries around the world. Some of the many celebrations are:

More information and examples on what people around the world do on summer solstice and midsummer night (St. John’s Eve) you can find on Project Gutenberg

The Long Meg and her Daughters is the name of a Bronze Age stone circle in Cumbria, in the Northwest of England. Some researchers claim that it is even older than the world famous Stonehenge; in any case, it falls into the same period.

In the book Cumbrian Folk Tales by Thomas Taffy you find an explaination how the Long Meg and her Daughters were turned to stone after dancing to the sounds of a fiddler with a cloven hoof. Didn’t they know that when you meet a guy with hoof or horns, you’d better get the hell out of here!?

William Wordsworth wrote in 1822 about Long Meg and her daughters:

A weight of Awe not easy to be borne
Fell suddenly upon my spirit, cast
From the dread bosom of the unknown past,
When first I saw that family forlorn;
Speak Thou, whose massy strength and stature scorn
The power of years – pre-eminent, and placed
Apart, to overlook the circle vast.
Speak Giant-mother! tell it to the Morn,
While she dispels the cumbrous shades of night;
Let the Moon hear, emerging from a cloud,
At whose behest uprose on British ground
That Sisterhood in hieroglyphic round
Forth-shadowing, some have deemed the infinite
The inviolable God that tames the proud.

2. True and Untrue from Popular Tales from the Norse by SIR GEORGE WEBBE DASENT

It’s a story of two brothers, True and Untrue. While True serves as a loyal and witty servant to the king and finally marries his daughter, Untrue is Untrue by name and nature and envies the success of his brother. True’s success originates from his knowledge gained from eavesdropping on animals that chattered underneath a lime tree in which True was hiding during summer solistice. Therefore Untrue tries to do the same.

You can read the whole story here.

This one has nothing to do with the Tarantino movie”From Dusk till Dawn”, mind you! It is the romantic story of the two eternal lovers, Dusk and Dawn, that can only come together for a short period of time each year during the summer solstice.

Yes, I know, this one is cheesy, but really, really beautiful! Read the translation here. What is your list of Summer Solstice and Midsummer tales? Did I miss one? Tell me in the comments down below.