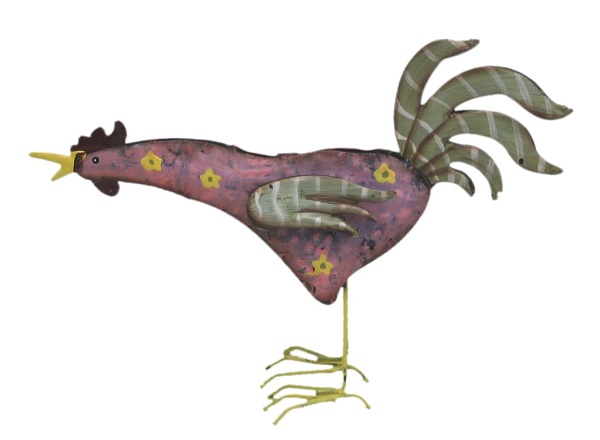 King Effiom of Duke Town, Calabar, was very fond of pretty maidens, and whenever he heard of a girl who was unusually good-looking, he always sent for her, and if she took his fancy, he made her one of his wives. This he could afford to do, as he was a rich man, and could pay any dowry which the parents asked, most of his money having been made by buying and selling slaves. Effiom had two hundred and fifty wives, but he was never content, and wanted to have all the finest women in the land. Some of the king’s friends, who were always on the look-out for pretty girls, told Effiom that the Cock’s daughter was a lovely virgin, and far superior to any of the king’s wives. Directly the king heard this he sent for the Cock, and said he intended to have his daughter as one of his wives. The Cock, being a poor man, could not resist the order of the king, so he brought his daughter, who was very good-looking and pleased the king immensely. When the king had paid the Cock a dowry of six puncheons of palm-oil, the Cock told Effiom that if he married his daughter he must not forget that she had the natural instincts of a hen, and that he should not blame Adia unen (his daughter) if she picked up corn whenever she saw it. The king replied that he did not mind what she ate so long as he possessed her.

The king then took Adia unen as his wife, and liked her so much, that he neglected all his other wives, and lived entirely with Adia unen, as she suited him exactly and pleased him more than any of his other wives. She also amused the king, and played with him and enticed him in so many different ways that he could not live without her, and always had her with him to the exclusion of his former favourites, whom he would not even speak to or notice in any way when he met them. This so enraged the neglected wives that they met together, and although they all hated one another, they agreed so far that they hated the Cock’s daughter more than any one, as now that she had come to the king none of them ever had a chance with him. Formerly the king, although he always had his favourites, used to favour different girls with his attentions when they pleased him particularly. That was very different in their opinion to being excluded from his presence and all his affections being concentrated on one girl, who received all his love and embraces. In consequence of this they were very angry, and determined if possible to disgrace Adia unen. After much discussion, one of the wives, who was the last favourite, and whom the arrival of the Cock’s daughter had displaced, said: “This girl, whom we all hate, is, after all, only a Cock’s daughter, and we can easily disgrace her in the king’s eyes, as I heard her father tell the king that she could not resist corn, no matter how it was thrown about.”

Very shortly after the king’s wives had determined to try and disgrace Adia unen, all the people of the country came to pay homage to the king. This was done three times a year, the people bringing yams, fowls, goats, and new corn as presents, and the king entertained them with a feast of foo-foo, palm-oil chop, and tombo. A big dance was also held, which was usually kept up for several days and nights. Early in the morning the king’s head wife told her servant to wash one head of corn, and when all the people were present she was to bring it in a calabash and throw it on the ground and then walk away. The corn was to be thrown in front of Adia unen, so that all the people and chiefs could see.

About ten o’clock, when all the chiefs and people had assembled, and the king had taken his seat on his big wooden chair, the servant girl came and threw the corn on the ground as she had been ordered. Directly she had done this Adia unen started towards the corn, picked it up, and began to eat. At this all the people laughed, and the king was very angry and ashamed. The king’s wives and many people said that they thought the king’s finest wife would have learnt better manners than to pick up corn which had been thrown away as refuse. Others said: “What can you expect from a Cock’s daughter? She should not be blamed for obeying her natural instincts.” But the king was so vexed, that he told one of his servants to pack up Adia unen’s things and take them to her father’s house. And this was done, and Aida unen returned to her parents.

That night the king’s third wife, who was a friend of Adia unen’s, talked the whole matter over with the king, and explained to him that it was entirely owing to the jealousy of his head wife that Adia unen had been disgraced. She also told him that the whole thing had been arranged beforehand in order that the king should get rid of Adia unen, of whom all the other wives were jealous. When the king heard this he was very angry, and made up his mind to send the jealous woman back to her parents empty-handed, without her clothes and presents. When she arrived at her father’s house the parents refused to take her in, as she had been given as a wife to the king, and whenever the parents wanted anything, they could always get it at the palace. It was therefore a great loss to them. She was thus turned into the streets, and walked about very miserable, and after a time died, very poor and starving.

The king grieved so much at having been compelled to send his favourite wife Adia unen away, that he died the following year. And when the people saw that their king had died of a broken heart, they passed a law that for the future no one should marry any bird or animal. 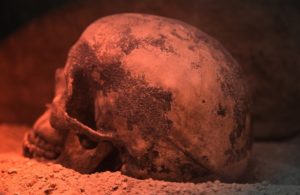 The Disobedient Daughter who Married a Skull (FOLK STORIES FROM SOUTHERN NIGERIA WEST AFRICA, 1910) BY ELPHINSTONE DAYRELL
Effiong Edem was a native of Cobham Town. He had…
Cresta Posts Box by CP