THE KING OF THE POLAR BEARS (American Fairy Tales) By L. FRANK BAUM 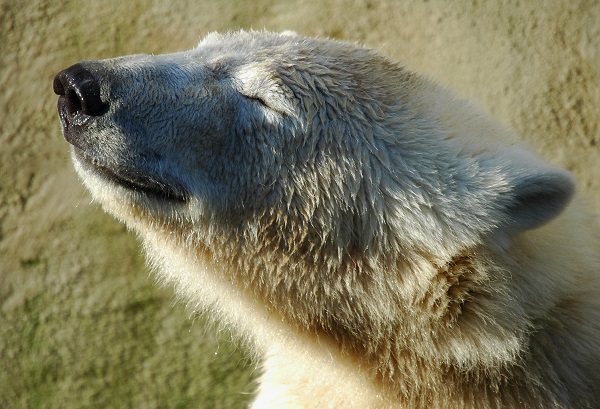 The King of the Polar Bears lived among the icebergs in the far north country. He was old and monstrous big; he was wise and friendly to all who knew him. His body was thickly covered with long, white hair that glistened like silver under the rays of the midnight sun. His claws were strong and sharp, that he might walk safely over the smooth ice or grasp and tear the fishes and seals upon which he fed.

The seals were afraid when he drew near, and tried to avoid him; but the gulls, both white and gray, loved him because he left the remnants of his feasts for them to devour.

Often his subjects, the polar bears, came to him for advice when ill or in trouble; but they wisely kept away from his hunting grounds, lest they might interfere with his sport and arouse his anger.

The wolves, who sometimes came as far north as the icebergs, whispered among themselves that the King of the Polar Bears was either a magician or under the protection of a powerful fairy. For no earthly thing seemed able to harm him; he never failed to secure plenty of food, and he grew bigger and stronger day by day and year by year.

Yet the time came when this monarch of the north met man, and his wisdom failed him.

He came out of his cave among the icebergs one day and saw a boat moving through the strip of water which had been uncovered by the shifting of the summer ice. In the boat were men.

The great bear had never seen such creatures before, and therefore advanced toward the boat, sniffing the strange scent with aroused curiosity and wondering whether he might take them for friends or foes, food or carrion.

When the king came near the water’s edge a man stood up in the boat and with a queer instrument made a loud “bang!” The polar bear felt a shock; his brain became numb; his thoughts deserted him; his great limbs shook and gave way beneath him and his body fell heavily upon the hard ice.

That was all he remembered for a time.

When he awoke he was smarting with pain on every inch of his huge bulk, for the men had cut away his hide with its glorious white hair and carried it with them to a distant ship.

Above him circled thousands of his friends the gulls, wondering if their benefactor were really dead and it was proper to eat him. But when they saw him raise his head and groan and tremble they knew he still lived, and one of them said to his comrades:

“The wolves were right. The king is a great magician, for even men cannot kill him. But he suffers for lack of covering. Let us repay his kindness to us by each giving him as many feathers as we can spare.”

This idea pleased the gulls. One after another they plucked with their beaks the softest feathers from under their wings, and, flying down, dropped then gently upon the body of the King of the Polar Bears.

Then they called to him in a chorus:

“Courage, friend! Our feathers are as soft and beautiful as your own shaggy hair. They will guard you from the cold winds and warm you while you sleep. Have courage, then, and live!”

And the King of the Polar Bears had courage to bear his pain and lived and was strong again.

The feathers grew as they had grown upon the bodies of the birds and covered him as his own hair had done. Mostly they were pure white in color, but some from the gray gulls gave his majesty a slight mottled appearance.

The rest of that summer and all through the six months of night the king left his icy cavern only to fish or catch seals for food. He felt no shame at his feathery covering, but it was still strange to him, and he avoided meeting any of his brother bears.

During this period of retirement he thought much of the men who had harmed him, and remembered the way they had made the great “bang!” And he decided it was best to keep away from such fierce creatures. Thus he added to his store of wisdom.

When the moon fell away from the sky and the sun came to make the icebergs glitter with the gorgeous tintings of the rainbow, two of the polar bears arrived at the king’s cavern to ask his advice about the hunting season. But when they saw his great body covered with feathers instead of hair they began to laugh, and one said:

“Our mighty king has become a bird! Who ever before heard of a feathered polar bear?”

Then the king gave way to wrath. He advanced upon them with deep growls and stately tread and with one blow of his monstrous paw stretched the mocker lifeless at his feet.

The other ran away to his fellows and carried the news of the king’s strange appearance. The result was a meeting of all the polar bears upon a broad field of ice, where they talked gravely of the remarkable change that had come upon their monarch.

“He is, in reality, no longer a bear,” said one; “nor can he justly be called a bird. But he is half bird and half bear, and so unfitted to remain our king.”

“Then who shall take his place?” asked another.

“He who can fight the bird-bear and overcome him,” answered an aged member of the group. “Only the strongest is fit to rule our race.”

There was silence for a time, but at length a great bear moved to the front and said:

“I will fight him; I—Woof—the strongest of our race! And I will be King of the Polar Bears.”

The others nodded assent, and dispatched a messenger to the king to say he must fight the great Woof and master him or resign his sovereignty.

“For a bear with feathers,” added the messenger, “is no bear at all, and the king we obey must resemble the rest of us.”

“I wear feathers because it pleases me,” growled the king. “Am I not a great magician? But I will fight, nevertheless, and if Woof masters me he shall be king in my stead.”

Then he visited his friends, the gulls, who were even then feasting upon the dead bear, and told them of the coming battle.

“I shall conquer,” he said, proudly. “Yet my people are in the right, for only a hairy one like themselves can hope to command their obedience.”

“I met an eagle yesterday, which had made its escape from a big city of men. And the eagle told me he had seen a monstrous polar bear skin thrown over the back of a carriage that rolled along the street. That skin must have been yours, oh king, and if you wish I will sent an hundred of my gulls to the city to bring it back to you.”

“Let them go!” said the king, gruffly. And the hundred gulls were soon flying rapidly southward.

For three days they flew straight as an arrow, until they came to scattered houses, to villages, and to cities. Then their search began.

The gulls were brave, and cunning, and wise. Upon the fourth day they reached the great metropolis, and hovered over the streets until a carriage rolled along with a great white bear robe thrown over the back seat. Then the birds swooped down—the whole hundred of them—and seizing the skin in their beaks flew quickly away.

They were late. The king’s great battle was upon the seventh day, and they must fly swiftly to reach the Polar regions by that time.

Meanwhile the bird-bear was preparing for his fight. He sharpened his claws in the small crevasses of the ice. He caught a seal and tested his big yellow teeth by crunching its bones between them. And the queen gull set her band to pluming the king bear’s feathers until they lay smoothly upon his body.

But every day they cast anxious glances into the southern sky, watching for the hundred gulls to bring back the king’s own skin.

The seventh day came, and all the Polar bears in that region gathered around the king’s cavern. Among them was Woof, strong and confident of his success.

“The bird-bear’s feathers will fly fast enough when I get my claws upon him!” he boasted; and the others laughed and encouraged him.

The king was disappointed at not having recovered his skin, but he resolved to fight bravely without it. He advanced from the opening of his cavern with a proud and kingly bearing, and when he faced his enemy he gave so terrible a growl that Woof’s heart stopped beating for a moment, and he began to realize that a fight with the wise and mighty king of his race was no laughing matter.

After exchanging one or two heavy blows with his foe Woof’s courage returned, and he determined to dishearten his adversary by bluster.

The defiance filled the king with rage. He ruffled his feathers as a bird does, till he appeared to be twice his actual size, and then he strode forward and struck Woof so powerful a blow that his skull crackled like an egg-shell and he fell prone upon the ground.

While the assembled bears stood looking with fear and wonder at their fallen champion the sky became darkened.

An hundred gulls flew down from above and dripped upon the king’s body a skin covered with pure white hair that glittered in the sun like silver.

And behold! the bears saw before them the well-known form of their wise and respected master, and with one accord they bowed their shaggy heads in homage to the mighty King of the Polar Bears.

This story teaches us that true dignity and courage depend not upon outward appearance, but come rather from within; also that brag and bluster are poor weapons to carry into battle.

Lyman Frank Baum (1856-1919) is one of the best known American authors of children stories like “The Wonderful Wizard of Oz”. If you enjoyed this story, read more stories by L. Frank Baum on fairytalenight.com. 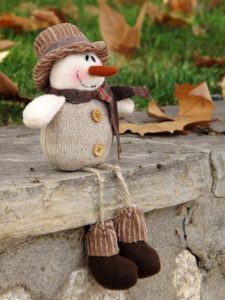 THE DUMMY THAT LIVED (American Fairy Tales) By L. FRANK BAUM
In all Fairyland there is no more mischievous a person…
Cresta Posts Box by CP