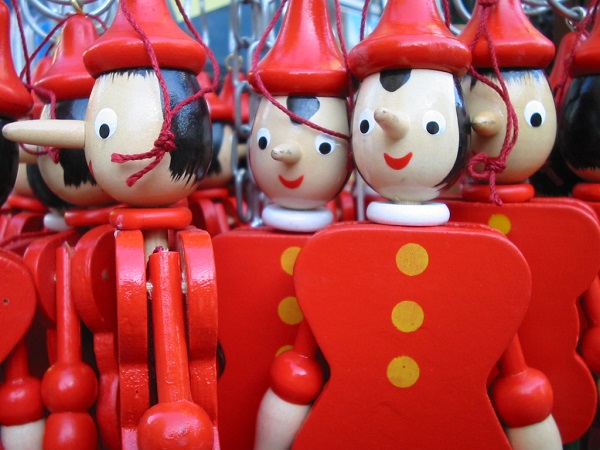 Lies and liars have always been an important theme in fairy tales and every tradition has got it’s own takes on the morality of lies. There are countless portrays of liars in fairy and folk tales. Therefore fairy tales provide us with a lot of insight into the world’s cultures. While some stories try to teach us a lesson or a moral by giving the liar his deserved punishment, others almost glorify cunning lies as a survival strategy.

There are so many tales that it was very tough to chose a Top list at all. In fact, I could have easily done the Top 50 fairy and folk about cunning lies and deceitful liars.

Update (May 2019): When I first published this post I had picked my Top 5. However, again and again I remember or become aware new stories about lying. Therefore I now included two more stories: “Boots, who made the princess say ‘That’s a story'” and “The boy who cried wolf”, which I – much to my chagrin – had totally forgotten. So I converted my Top 5 to a Top 7 list of fairy and folk tales about lying:

Update (May 2020): When researching for the my post on Fairy Tales to celebrate Europe Day I came across the Romanian story of Stan Bolovan and had to add it in the memorable mentions section. A really good one, I assure you.

7. Boots, who made the princess say ‘That’s a story’ from Popular Tales from the Norse

Sir George Webbee Dasent has collected many Norse folk and fairy tales. In this popular tale from the North a king has a daughter who is a dreadful story-teller that all lies she heard went in at one ear and out of the other. Therefore he promises his daughter’s hand to the anyone who could make the daughter say in astonishment: “That’s a story”.

6. The boy who cried wolf – Ancient Greek Fable by Aesop

The ancient Greek Master of Fables, Aesop, was often copied and extended, yet the original captivates me through it’s to the point style. Aesop tells us the story of a boy who vexes the villagers again and again by crying “Wolf!” even though there was none only to watch them rushing to help. He learns his lesson when it is too late: There is no believing a liar, even when he speaks the truth.

Here is: The boy who cried wolf or sometimes also translated as “The Shepherd’s Boy and the Wolf”.

5. The Cat and the Mouse – A Book of Persian Fairy Tales

The Cat and the Mouse is a beautiful example of the Persian story telling legacy. It’s taken from A Book of Persian Fairy Tales by Henry Altemus and it starts with the mouse’s drunken lie: “Where is the cat?” shouted he, “that I may off with his head. I would cut off his head as if on the battlefield. A cat in front of me would fare worse than any dog who might happen to cross my path.”

After the cat catches and devours the mouse, it feels regret and continues with the next lie. It weeps and prays to Allah to ask for forgiveness: “I have repented, and will not again tear the body of a mouse with my teeth. I will give bread to the deserving poor. Forgive my sin, O great Forgiver, for have I not come to Thee bowed down with sorrow?”

The whole story of lies evolves into the account of a war between the King of the Mice versus the King of the Cats with their armies clashing each other. You want to know who wins? You could read the story here, however, I guess if you have ever had a cat yourself, you already know.

There is also another well known fairy tale about a cat and a mouse and a big lie. No, I am not talking about Tom and Jerry, but about Cat and Mouse in Partnership by the Brothers Grimm.

4. Mercury and the Tradesmen – Ancient Greek Fable by Aesop

I had to include another story by Aesop, since it fits so perfectly. In his story Mercury and the Tradesmen he tells us who he thought to be the biggest liar in the world.

In case you have ever bought a car you might already guess what kind of trade the tradesmen we are talking about. Funny how some things never change 🙂

The scorpion and the frog is another one of Aesop’s fable concerning a lie and how some of us can not help but lie, because “It’s my nature …”.

3. The Crocodiles Treason by James A. Honey

If you have been around the fairytalenight website or on malamusi.com you might already have noticed that stories from Africa often circle around lies. One perfect example is the Crocodiles Treason collecetd by James A. Honey. The story is about a treaty for safe passage between the water-based animals and the land-based animals when they are faced with an imminent drought. Both sides engage in high-stake diplomatic efforts and seem honest about it. Meanwhile, while all this was being arranged, Crocodile was smoothly preparing his treason. He called Yellow Snake to one side and said to him: “It is to our advantage to have these animals, who go among us every day, and who will continue to do so, fall into the hands of the Boer.

To me it is an old African version of The Animals of Farthing Woods.

There are also a whole lot more African stories about liars, like The jackal and the wolf, which sounds oddly similar to The hyena and the hare that is still told today in Malawi. James A. Honey also gives us Jackal and Monkey.

Some more examples that Dyna from malamusi.com has collected are:  The Hare and the Fox, The Unfaithful Hyena (yeah, the hyena is not well loved here) or the Sympathy killed Mr. Kapangula (this hare freaks me out!).

A foolish and vain Emporer, a bunch of fearful advisors and two cunning rogues. What more ingrediants do you need to tell one of the most beautiful fairy tales around the most cunning lies? Well, if you are Danish Master of fairy tales Hans Christian Andersen, you mix it with the innocent voice of a child and create one of the great story of our times: The Emporer’s new clothes.

Before we come to my #1 cunning liar in fairy tales, here are some memorable mentions:

1. The finest liar in the world – A Serbian Folk Tale

Have you ever tried to mill your wheat in a mill with a beardless man? No? Well, I haven’t either, but if you ever have to, you’d better read about the Serbian Folk Tale about The Finest Liar in the World as collected in Andrew Lang‘s Violet Fairy Tale Book.

Maybe you got interessted in the topic of lying in fairy tales. Let me suggest you some further readings:

Have I missed any? If you know any other great story on liars, please tell me in the comments! 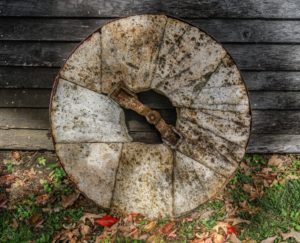 THE FINEST LIAR IN THE WORLD (The Violet Fairy Book, 1889) by ANDREW LANG
At the edge of a wood there lived an old…
Cresta Posts Box by CP