The Colours of Pomegranate 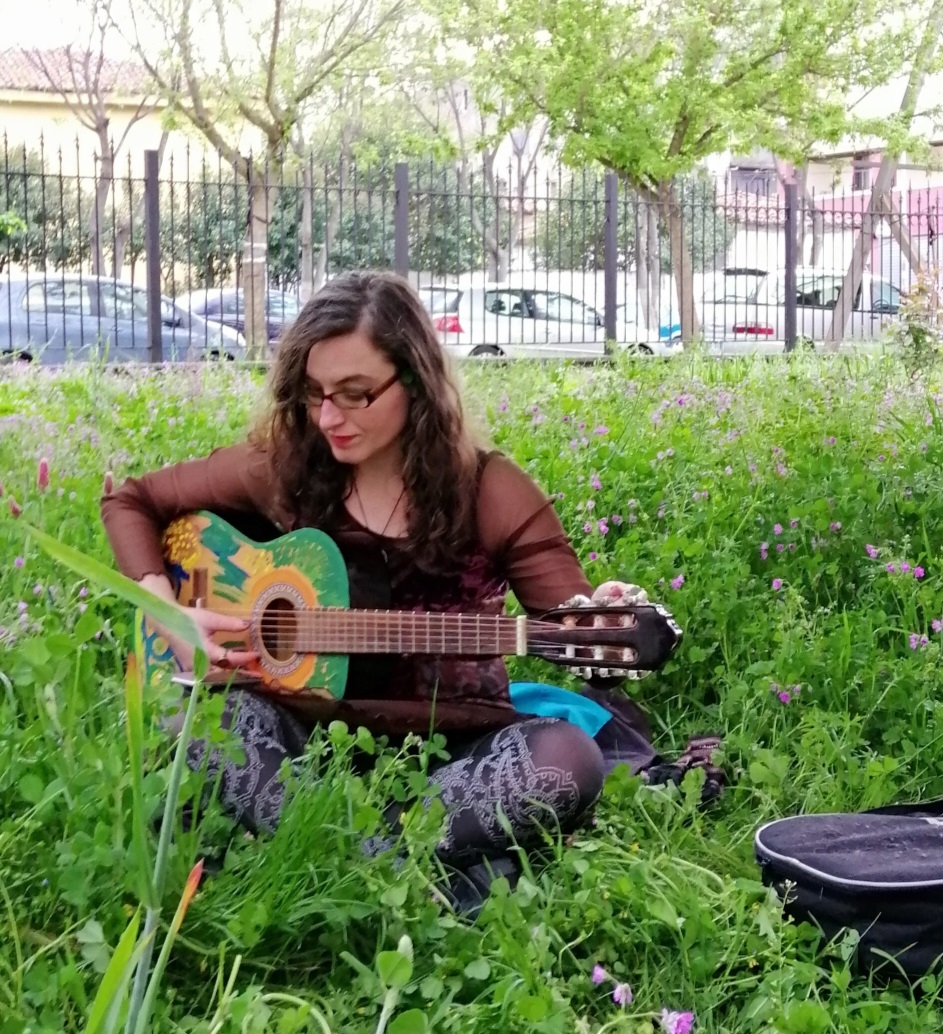 An evening with Albanian songs and legends

Have you ever wondered about The Colours of Pomegranate? Well, I did and was surprised to find out that it was kind of dark. But, let’s start from the beginning. After many years I had decided to visit Albania again and spend some time in the city of Shkoder in the northern parts, located between the Scutari lake (Skaradrsko jezero) and the snow covered peaks of the Albanian mountains.

After a long and dull winter in lockdown at home, I was enjoying my coffee on the terrace of Kinema Millenium, a cinema-turned-café. Cherishing the already strong rays of the afternoon sun in April on my face I discovered a small flyer announcing a performance named “The Colours of Pomegranate” that was to take place on friday in the Theatre Migjeni. Immediately the idea of listening to Albanian legends, fairy tales and songs gripped my interest.

Little did I know that I would be part of an (at times makeshift) performance of the very talented Jona, while sitting on blankets in the garden of the theatre. With a hand full of other modern chevaliers of fortune I listened to Jona singing Albanian songs full of sadness and retelling stories of death and sacrifice in flawless English. The warm and comfortable casualness of the whole group, however, stopped me from drifting away into a sorrowful mood.

One those fellow travellers was Maud, an independent journalist from France, who was working on a podcast in Albania. You can follow her on Instagram where she posts about her trips and wait for the release of her first episode. I’ll be sure to do so.

I hope I do not give away too much by saying that the legends in the performance are about Lady Rozafa, the namesake of Shkodra’s Rozafa Castle and about an Kula Gjirgjiu (pretty sure I totally misspelled the name), an Albanian folk hero.

Rozafa is immured within the walls of the castle to make them sturdy, a theme that is present in many South-East European legends, but can also be found in Scotish or Baltic tales (one day I should probably write a post on the topic itself). Most prominently though, she shares her fate with the Roman Vestal Virgins that were immured as punishment if they broke their vows of virginity. Up until this day, it is rumoured that a sacrifice should be made to strengthen the foundations of buildings in Albania. Nowadays, however, it is more a symbolic act of burying a goats head.

The legend of the Albanian hero whose name I so miserably failed to remember properly, is a very Albanian version of the story of Saint George (Sveti Georgije) slaying the dragon. Interestingly enough, the dragon is a sea monster terrorizing the lands. Saint George is (to the best of my knowledge) an allegory of the victory of Christianity over the heathens. To give context it should be understood that Albania (Dyrrachium) was Christianized by the ancient Romans. In spite of Albania being conquered by the Ottomans and having a majority Muslim population nowadays, some legends still reflect their Christian origins.

The familiar and friendly atmosphere was heart-warming and added as much to the experience as the performance itself. In case you ever come to Shkodra make sure you visit Jona’s performance and find out what is the true Colours of Pomegranate. I hope I was able to spark your excitement.

If you want to find out more about the next performance, check out The Colours of pomegranate on facebook.

Tags: The Colours of Pomegranate

Recommended
THE SQUIRE (REYNARD THE FOX, 1920) by JOHN MASEFIELD
An old bear in a scarlet peltCame next, old Squire…
Cresta Posts Box by CP