THE ORIGIN OF RUBIES (Folk-Tales of Bengal, 1912) by Rev. Lal Behari Day 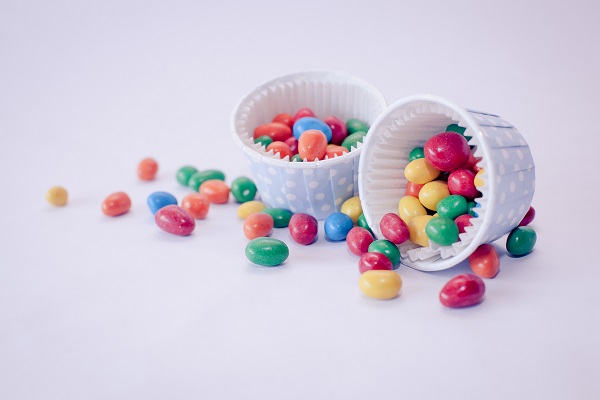 There was a certain king who died leaving four sons behind him with his queen. The queen was passionately fond of the youngest of the princes. She gave him the best robes, the best horses, the best food, and the best furniture. The other three princes became exceedingly jealous of their youngest brother, and, conspiring against him and their mother, made them live in a separate house, and took possession of the estate. Owing to overindulgence, the youngest prince had become very wilful. He never listened to any one, not even to his mother, but had his own way in everything. One day he went with his mother to bathe in the river. A large boat was riding there at anchor. None of the boatmen were in it. The prince went into the boat, and told his mother to come into it. His mother besought him to get down from the boat, as it did not belong to him. But the prince said, “No, mother I am not coming down; I mean to go on a voyage, and if you wish to come with me, then delay not but come up at once, or I shall be off in a trice.” The queen besought the prince to do no such thing, but to come down instantly. But the prince gave no heed to what she said, and began to take up the anchor. The queen went up into the boat in great haste; and the moment she was on board the boat started, and falling into the current passed on swiftly like an arrow. The boat went on and on till it reached the sea. After it had gone many furlongs into the open sea, the boat came near a whirlpool where the prince saw a great many rubies of monstrous size floating on the waters. Such large rubies no one had ever seen, each being in value equal to the wealth of seven kings. The prince caught hold of half-a-dozen of those rubies, and put them on board. His mother said, “Darling, don’t take up those red balls; they must belong to somebody who has been shipwrecked, and we may be taken up as thieves.” At the repeated entreaties of his mother, the prince threw them into the sea, keeping only one tied up in his clothes. The boat then drifted toward the coast, and the queen and the prince arrived at a certain port where they landed.

The port where they landed was not a small place; it was a large city, the capital of a great king. Not far from the palace, the queen and her son hired a hut where they lived. As the prince was yet a boy, he was fond of playing at marbles. When the children of the king came out to play on a lawn before the palace, our young prince joined them. He had no marbles, but he played with the ruby which he had in his possession. The ruby was so hard that it broke every taw against which it struck. The daughter of the king, who used to watch the games from a balcony of the palace, was astonished to see a brilliant red ball in the hand of the strange lad, and wanted to take possession of it. She told her father that a boy of the street had an uncommonly bright stone in his possession which she must have or else she would starve herself to death. The king ordered his servants to bring to him the lad with that precious stone. When the boy was brought, the king wondered at the largeness and brilliancy of the ruby. He had never seen anything like it. He doubted whether any king of any country in the world possessed so great a treasure. He asked the lad where he had got it. The lad replied that he got it from the sea. The king offered a thousand rupees for the ruby, and the lad, not knowing its value, readily parted with it for that sum. He went with the money to his mother, who was not a little frightened, thinking that her son had stolen the money from some rich man’s house. She became quiet, however, on being assured that the money was given to him by the king in exchange for the red ball which he had picked up in the sea.

The king’s daughter, on getting the ruby put it in her hair, and, standing before her pet parrot, said to the bird, “Oh, my darling parrot, don’t I look very beautiful with this ruby in my hair?” The parrot replied, “Beautiful! you look quite hideous with it! What princess ever puts only one ruby in her hair? It would be somewhat feasible if you had two at least.” Stung with shame at the reproach cast in her teeth by the parrot, the princess went into the grief-chamber of the palace, and would neither eat nor drink. The king was not a little concerned when he heard that his daughter had gone into the grief-chamber. He went to her, and asked her the cause of her grief. The princess told the king what her pet parrot had said, and added, “Father, if you do not procure for me another ruby like this, I’ll put an end to my life by mine own hands.” The king was overwhelmed with grief. Where was he to get another ruby like it? He doubted whether another like it could be found in the whole world. He ordered the lad who had sold the ruby, to be brought into his presence. “Have you, young man,” asked the king, “another ruby like the one you sold me?” The lad replied: “No, I have not got one. Why, do you want another? I can give you lots, if you wish to have them. They are to be found in a whirlpool in the sea, far, far away. I can go and fetch some for you.” Amazed at the lad’s reply, the king offered rich rewards for procuring only another ruby of the same sort.

The lad went home and said to his mother that he must go to sea again to fetch some rubies for the king. The woman was quite frightened at the idea, and begged him not to go. But the lad was resolved on going, and nothing could prevent him from carrying out his purpose. He accordingly went alone on board that same vessel which had brought him and his mother, and set sail. He reached the whirlpool, from near which he had formerly picked up the rubies. This time, however, he determined to go to the exact spot whence the rubies were coming out. He went to the centre of the whirlpool, where he saw a gap reaching to the bottom of the ocean. He dived into it, leaving his boat to wheel round the whirlpool. When he reached the bottom of the ocean he saw there a beautiful palace. He went inside. In the central room of the palace there was the god Siva, with his eyes closed, and absorbed apparently in intense meditation. A few feet above Siva’s head was a platform, on which lay a young lady of exquisite beauty. The prince went to the platform and saw that the head of the lady was separated from her body. Horrified at the sight, he did not know what to make of it. He saw a stream of blood trickling from the severed head, falling upon the matted head of Siva, and running into the ocean in the form of rubies. After a little two small rods, one of silver and one of gold, which were lying near the head of the lady, attracted his eyes. As he took up the rods in his hands, the golden rod accidentally fell upon the head, on which the head immediately joined itself to the body, and the lady got up. Astonished at the sight of a human being, the lady asked the prince who he was and how he had got there. After hearing the story of the prince’s adventures, the lady said, “Unhappy young man, depart instantly from this place; for when Siva finishes his meditations he will turn you to ashes by a single glance of his eyes.” The young man, however, would not go except in her company, as he was over head and ears in love with the beautiful lady. At last they both contrived to run away from the palace, and coming up to the surface of the ocean they climbed into the boat near the centre of the whirlpool, and sailed away toward land, having previously laden the vessel with a cargo of rubies. The wonder of the prince’s mother at seeing the beautiful damsel may be well imagined. Early next morning the prince sent a basin full of big rubies, through a servant. The king was astonished beyond measure. His daughter, on getting the rubies, resolved on marrying the wonderful lad who had made a present of them to her. Though the prince had a wife, whom he had brought up from the depths of the ocean, he consented to have a second wife. They were accordingly married, and lived happily for years, begetting sons and daughters. 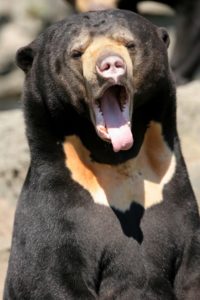