The Tortoise with a Pretty Daughter (FOLK STORIES FROM SOUTHERN NIGERIA WEST AFRICA, 1910) BY ELPHINSTONE DAYRELL 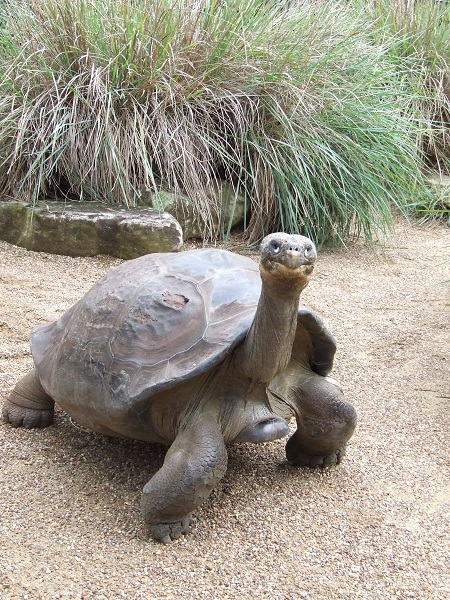 There was once a king who was very powerful. He had great influence over the wild beasts and animals. Now the tortoise was looked upon as the wisest of all beasts and men. This king had a son named Ekpenyon, to whom he gave fifty young girls as wives, but the prince did not like any of them. The king was very angry at this, and made a law that if any man had a daughter who was finer than the prince’s wives, and who found favour in his son’s eyes, the girl herself and her father and mother should be killed.

Now about this time the tortoise and his wife had a daughter who was very beautiful. The mother thought it was not safe to keep such a fine child, as the prince might fall in love with her, so she told her husband that her daughter ought to be killed and thrown away into the bush. The tortoise, however, was unwilling, and hid her until she was three years old. One day, when both the tortoise and his wife were away on their farm, the king’s son happened to be hunting near their house, and saw a bird perched on the top of the fence round the house. The bird was watching the little girl, and was so entranced with her beauty that he did not notice the prince coming. The prince shot the bird with his bow and arrow, and it dropped inside the fence, so the prince sent his servant to gather it. While the servant was looking for the bird he came across the little girl, and was so struck with her form, that he immediately returned to his master and told him what he had seen. The prince then broke down the fence and found the child, and fell in love with her at once. He stayed and talked with her for a long time, until at last she agreed to become his wife. He then went home, but concealed from his father the fact that he had fallen in love with the beautiful daughter of the tortoise.

But the next morning he sent for the treasurer, and got sixty pieces of cloth and three hundred rods, and sent them to the tortoise. Then in the early afternoon he went down to the tortoise’s house, and told him that he wished to marry his daughter. The tortoise saw at once that what he had dreaded had come to pass, and that his life was in danger, so he told the prince that if the king knew, he would kill not only himself (the tortoise), but also his wife and daughter. The prince replied that he would be killed himself before he allowed the tortoise and his wife and daughter to be killed. Eventually, after much argument, the tortoise consented, and agreed to hand his daughter to the prince as his wife when she arrived at the proper age. Then the prince went home and told his mother what he had done. She was in great distress at the thought that she would lose her son, of whom she was very proud, as she knew that when the king heard of his son’s disobedience he would kill him. However, the queen, although she knew how angry her husband would be, wanted her son to marry the girl he had fallen in love with, so she went to the tortoise and gave him some money, clothes, yams, and palm-oil as further dowry on her son’s behalf in order that the tortoise should not give his daughter to another man. For the next five years the prince was constantly with the tortoise’s daughter, whose name was Adet, and when she was about to be put in the fatting house, the prince told his father that he was going to take Adet as his wife. On hearing this the king was very angry, and sent word all round his kingdom that all people should come on a certain day to the market-place to hear the palaver. When the appointed day arrived the market-place was quite full of people, and the stones belonging to the king and queen were placed in the middle of the market-place.

When the king and queen arrived all the people stood up and greeted them, and they then sat down on their stones. The king then told his attendants to bring the girl Adet before him. When she arrived the king was quite astonished at her beauty. He then told the people that he had sent for them to tell them that he was angry with his son for disobeying him and taking Adet as his wife without his knowledge, but that now he had seen her himself he had to acknowledge that she was very beautiful, and that his son had made a good choice. He would therefore forgive his son.

When the people saw the girl they agreed that she was very fine and quite worthy of being the prince’s wife, and begged the king to cancel the law he had made altogether, and the king agreed; and as the law had been made under the “Egbo” law, he sent for eight Egbos, and told them that the order was cancelled throughout his kingdom, and that for the future no one would be killed who had a daughter more beautiful than the prince’s wives, and gave the Egbos palm wine and money to remove the law, and sent them away. Then he declared that the tortoise’s daughter, Adet, should marry his son, and he made them marry the same day. A great feast was then given which lasted for fifty days, and the king killed five cows and gave all the people plenty of foo-foo and palm-oil chop, and placed a large number of pots of palm wine in the streets for the people to drink as they liked. The women brought a big play to the king’s compound, and there was singing and dancing kept up day and night during the whole time. The prince and his companions also played in the market square. When the feast was over the king gave half of his kingdom to the tortoise to rule over, and three hundred slaves to work on his farm. The prince also gave his father-in-law two hundred women and one hundred girls to work for him, so the tortoise became one of the richest men in the kingdom. The prince and his wife lived together for a good many years until the king died, when the prince ruled in his place. And all this shows that the tortoise is the wisest of all men and animals.

Moral.—Always have pretty daughters, as no matter how poor they may be, there is always the chance that the king’s son may fall in love with them, and they may thus become members of the royal house and obtain much wealth. 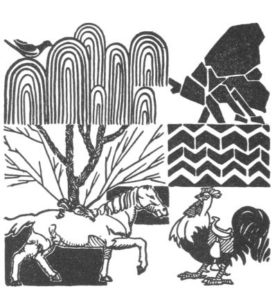