WHAT THE MOON IS (Australian Legends) by C. W. Peck 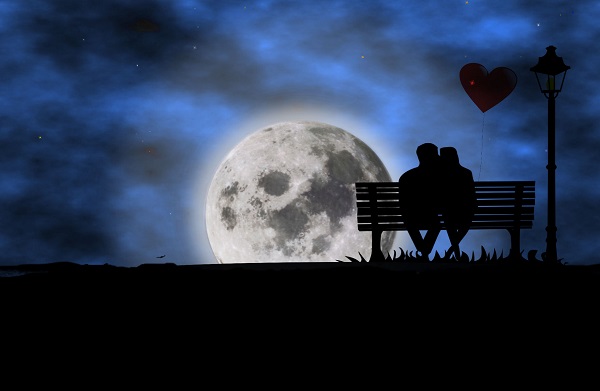 There are very many legends concerning the moon, and the writer has succeeded in collecting fully a dozen of them. There is, strangely, much similarity about them all, though some are from parts as far distant from this one, which belongs to the Murray, as Central Queensland.

This is perhaps the prettiest, and was obtained from a young native who lived mostly in a compound at Wahgunyah. He was camped with two gins on a reserve near Burryjaa Station, in N.S.W., and it was with considerable surprise that the writer found him so ready to talk.

Like all aborigines who tell things so close to the supernatural, he continually looked around about in order to be sure he was not overheard either by any other blacks or by spirits. He was afraid that he might inadvertently say something that people of his totem were forbidden to reveal. That night the moon had not yet risen, and it was plain to me that the three were not a little frightened. The lubras stayed in the little gunyah that the man had built, and plainly did not want to be caught eavesdropping.

All the same, they could not forbear to come out to glance towards the hotel. They were fond of whisky.

Here is the story: In the years before history–the Alcheringa-before the river Murray was made, and only a depression existed, a Bunyip visited the place. He came just at nightfall, and he sat on the bank opposite the camp. He was the colour of the gum-tree that afforded him shelter and something to lean against. Behind him was a swamp, and the man who first saw him had been quietly waiting amongst the rushes, kneeling with just his head above the water and with rushes tied about him. He had succeeded in grabbing a few unsuspecting ducks that sailed within reach, and now he was coming, still with rushes tied about him, and with ducks in his hand, back to the camp.

The Bunyip saw him and pressed himself closer against the tree trunk, working himself around it as it was being passed by the hunter. But the hunter detected the movement, and he yelled in his fear. The Bunyip reached out for him, but only succeeded in tearing some of the rushes from him. He scrambled down into the depression and up the bank on the other side, and by that time the people who had heard his yell were alert and watching for him to appear. Amongst the most active and anxious was the young woman to whom he was soon to be married. Indeed, she ran forward to meet him, and she took the ducks from him to relieve him of that slight burden, and she spoke some soothing words to him. Also she laughed at his fear, and when he had rapidly explained what he had seen she laughed the louder.

This caused a fatal delay. The Bunyip heaved himself up the bank, and, seizing the girl, he raced away with her to the swamp.

Without lengthening the story as the aborigine did by describing the consternation of the camp, and the agony of the young man, we will confine ourselves to the doings of the girl. Her struggles in the swamp could be heard even as far off as the camp, but no one could rescue her, for no human being could withstand a Bunyip, especially at night. However, when day dawned, the young man gathered up his spears, and went over to the swamp. He searched for the track of the Bunyip and he found it. Then he caught a number of frogs and tied their legs together and fastened them to a stake that he drove into the ground on the track. All day he waited, and neither saw nor heard anything of the girl nor the Bunyip.

Next day he went there again, and the frogs were gone.

The Bunyip, he thought, had eaten them. So he got some more and tied them and fastened the rush cord to the stake.

Day after day he did this.

His people tried to persuade him to accompany them, for they were about to move their camp, but he steadfastly refused to go. He said that one day the Bunyip would come out for his feed of frogs, and he would slip past into the lair, and his young girl would again be with him, and he would then bring her home.

So they went without him.

Then the day dawned when he saw them. There was misty rain falling, and in it the Bunyip appeared leading the girl. He was coming for his meal, and because of the rain he thought it was night. The man was dreadfully afraid, but he stood his ground. When the Bunyip saw him he roared. When the girl saw him she held out her hands and she wept. The man simply stared into the beast’s eyes, and gradually it felt fear. He suddenly threw something at it, but the Bunyip was too quick. He threw a frog and it hit the man in the eye and blinded it. Nothing daunted the man hurled a spear and he blinded one of the Bunyip’s eyes. Smarting with pain, the fearsome beast fled, and the man flung himself forward to clasp the girl. But she was under a spell. She was obliged to follow her captor. So a chase commenced. The Bunyip tore through the swamp, over the sandy patch where the prickly hakeas grew and the leptospermums and the banksias were in flower, and pretty blooms like the Actinotus and Thysonotus and Dillwynia and Tetratheca were glowing gaily. He reached the country where eucalypti and callitris, stood, and ran past the sleeping country and a mountain which we call Mount Goombargona. It is a round hill that stands up out of flat paddocks, on the top of which a bush-ranger named Morgan had a lookout and a cave in our time.

A gum-tree grew there, and up that the Bunyip with his one eye climbed. At the foot the girl hesitated. She was afraid that she! could not climb well enough to scale so high a tree. To it came, panting and exhausted and suffering pain, the young man. And by that time it was night. The unfortunate lover was within a few paces of the object of his affections, and with his one eye he looked at her; but he also looked at the Bunyip. There he sat in the topmost branches of the eucalyptus tree, and he stared with his one eye, and his one eye and his staring fascinated the man.

He could not move. He, too, then came under the magic of the Bunyip, but he withstood it. No other blacks came near the place and there the three remained, until one day a storm came and blew down the tree, leaving the eye hanging in the sky. The Bunyip had died, and no one knew it. But now the man and the girl were freed from the spells, and they slowly returned the way they had come, and eventually found their people.

Their children are frog people, and they do not destroy frogs, leaving them to be food for the Bunyips so that those fearsome creatures may be appeased.

The eye left in the sky is the moon. 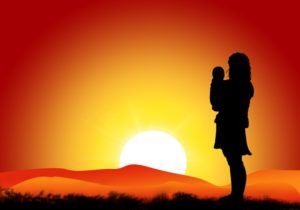 WHY THE SUN SETS (Australian Legends) by C. W. Peck
Out on the Murrumbidgee there is a tale about the…
Cresta Posts Box by CP