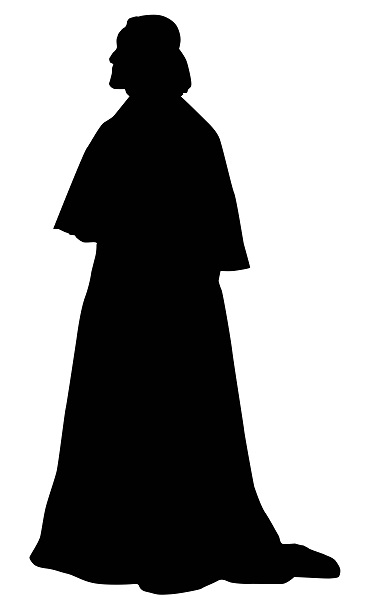 In a certain kingdom there lived an old couple in great poverty. Sooner or later the old woman died. It was in winter, in severe and frosty weather. The old man went round to his friends and neighbors, begging them to help him to dig a grave for the old woman; but his friends and neighbors, knowing his great poverty, all flatly refused. The old man went to the pope, (but in that village they had an awfully grasping pope, one without any conscience), and says he:—

“Lend a hand, reverend father, to get my old woman buried.”

“But have you got any money to pay for the funeral? if so, friend, pay up beforehand!”

“It’s no use hiding anything from you. Not a single copeck have I at home. But if you’ll wait a little, I’ll earn some, and then I’ll pay you with interest—on my word I’ll pay you!” The pope wouldn’t so much as listen to the old man.

“If you haven’t any money, don’t you dare to come here,” says he.

“What’s to be done?” thinks the old man. “I’ll go to the graveyard, dig a grave as I best can, and bury the old woman myself.” So he took an axe and a shovel, and went to the graveyard. When he got there he began to prepare a grave. He chopped away the frozen ground on the top with the axe, and then he took to the shovel. He dug and dug, and at last he dug out a metal pot. Looking into it he saw that it was stuffed full of ducats that shone like fire. The old man was immensely delighted, and cried, “Glory be to Thee, O Lord! I shall have wherewithal both to bury my old woman, and to perform the rites of remembrance.”

He did not go on digging the grave any longer, but took the pot of gold and carried it home. Well, we all know what money will do—everything went as smooth as oil! In a trice there were found good folks to dig the grave and fashion the coffin. The old man sent his daughter-in-law to purchase meat and drink and different kind of relishes—everything there ought to be at memorial feasts—and he himself took a ducat in his hand and hobbled back again to the pope’s. The moment he reached the door, out flew the pope at him.

“You were distinctly told, you old lout, that you were not to come here without money; and now you’ve slunk back again.”

“Don’t be angry, batyushka,” said the old man imploringly. “Here’s gold for you. If you’ll only bury my old woman, I’ll never forget your kindness.”

The pope took the money, and didn’t know how best to receive the old man, where to seat him, with what words to smooth him down. “Well now, old friend! Be of good cheer; everything shall be done,” said he.

The old man made his bow, and went home, and the pope and his wife began talking about him.

“There now, the old hunks!” they say. “So poor, forsooth, so poor! And yet he’s paid a gold piece. Many a defunct person of quality have I buried in my time, but I never got so from anyone before.”

The pope got under weigh with all his retinue, and buried the old crone in proper style. After the funeral the old man invited him to his house, to take part in the feast in memory of the dead. Well, they entered the cottage, and sat down to table—and there appeared from somewhere or other meat and drink and all sorts of snacks, everything in profusion. The (reverend) guest sat down, ate for three people, looked greedily at what was not his. The (other) guests finished their meal, and separated to go to their homes; then the pope also rose from the table. The old man went to speed him on his way. As soon as they got into the farmyard, and the pope saw they were alone at last, he began questioning the old man: “Listen, friend! confess to me, don’t leave so much as a single sin on your soul—it’s just the same before me as before God! How have you managed to get on at such a pace? You used to be a poor moujik, and now—marry! where did it come from? Confess, friend, whose breath have you stopped? whom have you pillaged?”

“What are you talking about, batyushka? I will tell you the exact truth. I have not robbed, nor plundered, nor killed anyone. A treasure tumbled into my hands of its own accord.”

And he told him how it all happened. When the pope heard these words he actually shook all over with greediness. Going home, he did nothing by night and by day but think, “That such a wretched lout of a moujik should have come in for such a lump of money! Is there any way of tricking him now, and getting this pot of money out of him?” He told his wife about it, and he and she discussed the matter together, and held counsel over it.

“All right, then; we’ll wait until it’s night, and then we’ll do the job properly.”

Late in the evening the pope dragged the goat indoors, killed it, and took off its skin—horns, beard, and all complete. Then he pulled the goat’s skin over himself and said to his wife:

“Bring a needle and thread, mother, and fasten up the skin all round, so that it mayn’t slip off.”

So she took a strong needle, and some tough thread, and sewed him up in the goatskin. Well, at the dead of night, the pope went straight to the old man’s cottage, got under the window, and began knocking and scratching. The old man hearing the noise, jumped up and asked:

“Ours is a holy spot!” shrieked the moujik, and began crossing himself and uttering prayers.

“Listen, old man,” says the pope, “From me thou will not escape, although thou may’st pray, although thou may’st cross thyself; much better give me back my pot of money, otherwise I will make thee pay for it. See now, I pitied thee in thy misfortune, and I showed thee the treasure, thinking thou wouldst take a little of it to pay for the funeral, but thou hast pillaged it utterly.”

The old man looked out of window—the goat’s horns and beard caught his eye—it was the Devil himself, no doubt of it.

“Let’s get rid of him, money and all,” thinks the old man; “I’ve lived before now without money, and now I’ll go on living without it.”

So he took the pot of gold, carried it outside, flung it on the ground, and bolted indoors again as quickly as possible.

The pope seized the pot of money, and hastened home. When he got back, “Come,” says he, “the money is in our hands now. Here, mother, put it well out of sight, and take a sharp knife, cut the thread, and pull the goatskin off me before anyone sees it.”

She took a knife, and was beginning to cut the thread at the seam, when forth flowed blood, and the pope began to howl:

She began ripping the skin open in another place, but with just the same result. The goatskin had united with his body all round. And all that they tried, and all that they did, even to taking the money back to the old man, was of no avail. The goatskin remained clinging tight to the pope all the same. God evidently did it to punish him for his great greediness.

A somewhat less heathenish story with regard to money is the following, which may be taken as a specimen of the Skazkas which bear the impress of the genuine reverence which the peasants feel for their religion, whatever may be the feelings they entertain towards its ministers. While alluding to this subject, by the way, it may be as well to remark that no great reliance can be placed upon the evidence contained in the folk-tales of any land, with respect to the relations between its clergy and their flocks. The local parson of folk-lore is, as a general rule, merely the innocent inheritor of the bad reputation acquired by some ecclesiastic of another age and clime. 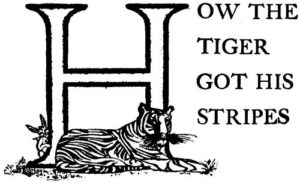 How the Tiger Got His Stripes (Fairy Tales from Brazil, 1917) by Elsie Spicer Eells
Once upon a time, ages and ages ago, so long…
Cresta Posts Box by CP