THE CAT AND THE DOG (Indian Fairy Tales, 1880) collected and translated by Maive Stokes 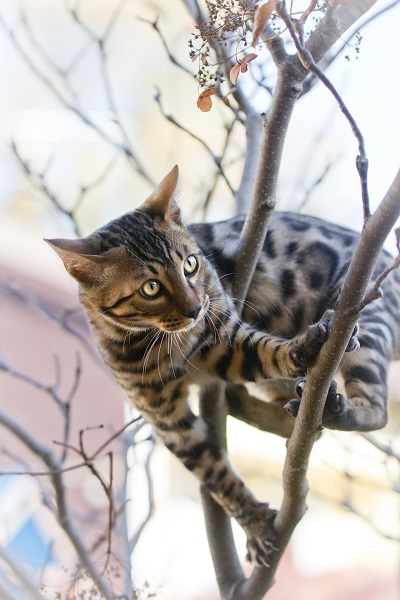 All cats are aunts to the tigers, and the cat in this story was the aunt of the tiger in this story. She was his mother’s sister. When the tiger’s mother was dying, she called the cat to her, and taking her paw she said, “When I am dead you must take care of my child.” The cat answered, “Very well,” and then the tiger’s mother died. The tiger said to the cat, “Aunt, I am very hungry. Go and fetch some fire. When I go to ask men for fire they are afraid of me, and run away from me, and won’t give me any. But you are such a little creature that men are not afraid of you, and so they will give you fire, and then you must bring it to me.” So the cat said, “Very good,” and off she started, and went into a house where some men were eating their dinner: they had thrown away the bones, and the cat began to eat them. This house was very near the place where the tiger lived, and on peeping round the corner he saw his aunt eating the bones. “Oh,” said he, “I sent my aunt to fetch fire that I might cook my dinner as I am very hungry, and there she sits eating the bones, and never thinks of me.” So the tiger called out, “Aunt, I sent you to fetch fire, and there you sit eating bones and leave me hungry! If ever you come near me again, I will kill you at once.” So the cat ran away screaming, “I will never go near the tiger again, for he will kill me!” This is why all cats are so afraid of tigers, or of anything like a tiger. And this is why, when the cat in the story saw the tiger, her nephew, fighting with the man, she ran away as hard as she could.

There were once a dog and a cat. It was a very rainy day, and some men were eating their dinner inside their house. The cat sat inside too, eating her dinner, and the dog sat on the door-step. The cat called out to the dog, “I am a high-caste person, and you are a very low-caste person.” “Oh,” said the dog, “not at all. I am the high-caste person and you are of very low caste. You eat all the men’s dinner up, and snatch the food from their hands just as they are putting it into their mouths. And you scratch them, and they beat you; while I sit away from them, and so they don’t beat me. And if they give me any dinner I’ll eat it; but if they don’t, I won’t.” “Oh,” says the cat, “not a bit of it. I eat nice clean food; but you eat nasty, dirty food, which the men have thrown away.” “No,” said the dog, “I am high caste and you are very low caste, for if I gave you a slap you would tumble down directly.” “No, no!” said the cat. And they went on disputing and began to fight, till the dog said, “Very well, let us go to the wise jackal and ask him which of us is the better.” “Good,” said the cat. So they went to the jackal and asked him. Said the cat, “I am of the higher caste, and the dog is of the lower caste.” “No,” said the jackal, “the dog is of the higher caste.” The cat said, “No,” and the jackal said, “Yes,” and they began to fight. Then the jackal and the dog proposed to go and ask a great big beast who lived in the jungle and was like a tiger. But the cat said, “I cannot go near a tiger or anything like one.” So then they said, “When we come near the beast, you can remain behind, and we will go on and speak to him.” So they ran into the jungle, where there was a tiger who had been lying on the ground with a great thorn sticking in his foot. When his aunt, the cat, saw him, she scampered off, for she was dreadfully frightened.

The thorn had given the tiger great pain; for a long while he could get no one to take it out, so had lain there for days. At last he had seen a man passing by, to whom he called and said, “Take out this thorn, and I promise I won’t eat you.” But the man refused through fear, saying, “No, I won’t, for you will eat me.” Three times the tiger had promised not to eat him; so at last the man took out the thorn. Then the tiger sprang up and said, “Now I will eat you, for I am very hungry.” “Oh, no, no!” said the man. “What a liar you are! You promised not to eat me if I would take the thorn out of your foot, and now that I have done so you say you will eat me.” And they began to fight, and the man said, “If you won’t eat me, I will bring you a cow and a goat.” But the tiger refused, saying, “No, I won’t eat them; I will eat you.” 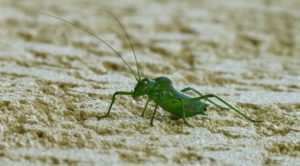 The Ass And The Grasshopper (Aesop’s fables) by Aesop
AN ASS having heard some Grasshoppers chirping, was highly enchanted;…
Cresta Posts Box by CP