A certain woman was very bumptious. Her husband came from a village council one day, and she asked him:

“What have you been deciding over there?”

“What have we been deciding? why choosing a Golova.”

“Whom have you chosen?”

“Choose me,” says the woman.

So as soon as her husband went back to the council (she was a bad sort; he wanted to give her a lesson) he told the elders what she had said. They immediately chose her as Golova.

Well the woman got along, settled all questions, took bribes, and drank spirits at the peasant’s expense. But the time came to collect the poll-tax. The Golova couldn’t do it, wasn’t able to collect it in time. There came a Cossack, and asked for the Golova; but the woman had hidden herself. As soon as she learnt that the Cossack had come, off she ran home.

“Where, oh where can I hide myself?” she cries to her husband. “Husband dear! tie me up in a bag, and put me out there where the corn-sacks are.”

Now there were five sacks of seed-corn outside, so her husband tied up the Golova, and set her in the midst of them. Up came the Cossack and said:

Then he took to slashing at the sacks one after another with his whip, and the woman to howling at the pitch of her voice:

At last the Cossack left off beating the sacks, and rode away. But the woman had had enough of Golova-ing; from that time forward she took to obeying her husband.

Before passing on to another subject, it may be advisable to quote one of the stories in which the value of a good and wise wife is fully acknowledged. I have chosen for that purpose one of the variants of a tale from which, in all probability, our own story of “Whittington and his Cat” has been derived. With respect to its origin, there can be very little doubt, such a feature as that of the incense-burning pointing directly to a Buddhist source. 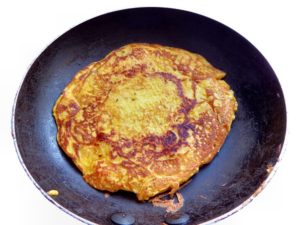 The Bad Wife (Russian Fairy Tales) by W. R. S. RALSTON
A bad wife lived on the worst of terms with…
Cresta Posts Box by CP