THE ORIGIN OF THE ROBIN (The Indian Fairy Book, 1869) BY CORNELIUS MATHEWS 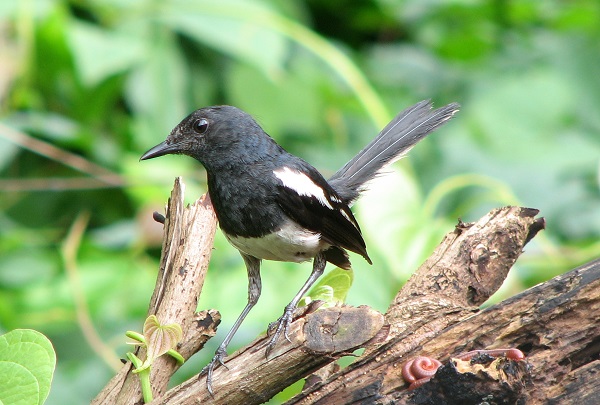 An old man had an only son, named Iadilla, who had come to that age which is thought to be most proper to make the long and final fast which is to secure through life a guardian genius or spirit. The father was ambitious that his son should surpass all others in whatever was deemed wisest and greatest among his people. To accomplish his wish, he thought it necessary that the young Iadilla should fast a much longer time than any of those renowned for their power or wisdom, whose fame he coveted.

He therefore directed his son to prepare with great ceremony for the important event. After he had been several times in the sweating-lodge and bath, which were to prepare and purify him for communion with his good spirit, he ordered him to lie down upon a clean mat in a little lodge expressly provided for him. He enjoined upon him at the same time to endure his fast like a man, and promised that at the expiration of twelve days he should receive food and the blessing of his father.

The lad carefully observed the command, and lay with his face covered, calmly awaiting the approach of the spirit which was to decide his good or evil fortune for all the days of his life.

Every morning his father came to the door of the little lodge and encouraged him to persevere, dwelling at length on the vast honor and renown that must ever attend him, should he accomplish the full term of trial allotted to him.

To these glowing words of promise and glory the boy never replied, but he lay without the least sign of discontent or murmuring until the ninth day, when he addressed his father as follows:

“My father, my dreams forbode evil. May I break my fast now, and at a more favorable time make a new fast?”

“My son, you know not what you ask. If you get up now, all your glory will depart. Wait patiently a little longer. You have but three days more, and your term will be completed. You know it is for your own good, and I encourage you to persevere. Shall not your aged father live to see you a star among the chieftains and the beloved of battle?”

The son assented; and covering himself more closely, that he might shut out the light which prompted him to complain, he lay till the eleventh day, when he repeated his request.

The father addressed Iadilla as he had the day before, and promised that he would himself prepare his first meal, and bring it to him by the dawn of the morning.

The son moaned, and the father added:

“Will you bring shame upon your father when his sun is falling in the west?”

“I will not shame you, my father,” replied Iadilla; and he lay so still and motionless that you could only know that he was living by the gentle heaving of his breast.

At the spring of day, the next morning, the father, delighted at having gained his end, prepared a repast for his son, and hastened to set it before him. On coming to the door of the little lodge, he was surprised to hear his son talking to himself. He stooped his ear to listen, and, looking through a small opening, he was yet more astonished when he beheld his son painted with vermilion over all his breast, and in the act of finishing his work by laying on the paint as far back on his shoulders as he could reach with his hands, saying at the same time, to himself:

“My father has destroyed my fortune as a man. He would not listen to my requests. He has urged me beyond my tender strength. He will be the loser. I shall be forever happy in my new state, for I have been obedient to my parent. He alone will be the sufferer, for my guardian spirit is a just one. Though not propitious to me in the manner I desired, he has shown me pity in another way—he has given me another shape; and now I must go.”

At this moment the old man broke in, exclaiming:

But the young man, with the quickness of a bird, had flown to the top of the lodge and perched himself on the highest pole, having been changed into a beautiful robin red-breast. He looked down upon his father with pity beaming in his eyes, and addressed him as follows:

“Regret not, my father, the change you behold. I shall be happier in my present state than I could have been as a man. I shall always be the friend of men, and keep near their dwellings. I shall ever be happy and contented; and although I could not gratify your wishes as a warrior, it will be my daily aim to make you amends for it as a harbinger of peace and joy. I will cheer you by my songs, and strive to inspire in others the joy and lightsomeness of heart I feel in my present state. This will be some compensation to you for the loss of glory you expected. I am now free from the cares and pains of human life. My food is spontaneously furnished by the mountains and fields, and my pathway of life is in the bright air.”

Then stretching himself on his toes, as if delighted with the gift of wings, Iadilla caroled one of his sweetest songs, and flew away into a neighboring wood. 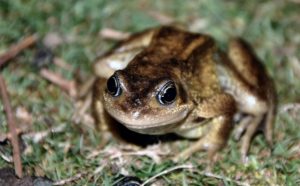 THE TOAD-WOMAN (The Indian Fairy Book, 1869) BY CORNELIUS MATHEWS
Great good luck once happened to a young woman who…
Cresta Posts Box by CP