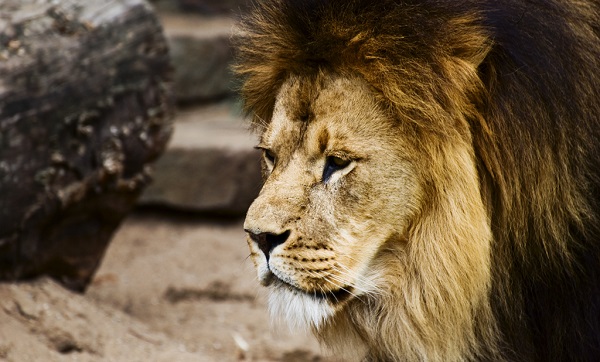 Once on a time Ananzi planned a scheme. He went to town and bought ever so many firkins of fat, and ever so many sacks, and ever so many balls of string, and a very big frying pan, then he went to the bay and blew a shell, and called the Head-fish in the sea, “Green Eel,” to him. Then he said to the fish, “The King sends me to tell you that you must bring all the fish on shore, for he wants to give them new life.”

So “Green Eel” said he would, and went to call them. Meanwhile Ananzi lighted a fire, and took out some of the fat, and got his frying pan ready, and as fast as the fish came out of the water he caught them and put them into the frying pan, and so he did with all of them until he got to the Head-fish, who was so slippery that he couldn’t hold him, and he got back again into the water.

When Ananzi had fried all the fish, he put them into the sacks, and took the sacks on his back, and set off to the mountains. He had not gone very far when he met Lion, and Lion said to him:

“Well, brother Ananzi, where have you been? I have not seen you a long time.”

Ananzi said, “I have been travelling about.”

“Oh! But what have you got there?” said the Lion.

“Oh! I have got my mother’s bones—she has been dead these forty-eleven years, and they say I must not keep her here, so I am taking her up into the middle of the mountains to bury her.”

Then they parted. After he had gone a little way, the Lion said: “I know that Ananzi is a great rogue; I dare say he has got something there that he doesn’t want me to see, and I will just follow him;” but he took care not to let Ananzi see him.

Now, when Ananzi got into the wood, he set his sacks down, and took one fish out and began to eat; then a fly came, and Ananzi said, “I cannot eat any more, for there is some one near;” so he tied the sack up, and went on farther into the mountains, where he set his sacks down, and took out two fish which he ate; and no fly came. He said, “There is no one near;” so he took out more fish. But when he had eaten about half a dozen the Lion came up and said:

“Well, brother Ananzi, a pretty tale you have told me.”

“Oh! brother Lion, I am so glad you have come; never mind what tale I have told you, but come and sit down—it was only my fun.”

So Lion sat down and began to eat; but before Ananzi had eaten two fish, Lion had emptied one of the sacks. Then said Ananzi to himself:

“Greedy fellow, eating up all my fish.”

“I only said you do not eat half fast enough,” for he was afraid the Lion would eat him up.

Then they went on eating, but Ananzi wanted to revenge himself, and he said to the Lion, “Which of us do you think is the stronger?”

Then Ananzi said, “We will tie one another to the tree, and we shall see which is the stronger.”

Now they agreed that the Lion should tie Ananzi first, and he tied him with some very fine string, and did not tie him tight. Ananzi twisted himself about two or three times, and the string broke.

Then it was Ananzi’s turn to tie the Lion, and he took some very strong cord. The Lion said, “You must not tie me tight, for I did not tie you tight.” And Ananzi said, “Oh! no, to be sure, I will not.” But he tied him as tight as ever he could, and then told him to try and get loose.

The Lion tried and tried in vain—he could not get loose. Then Ananzi thought, now is my chance; so he got a big stick and beat him, and then went away and left him, for he was afraid to loose him lest he should kill him.

Now there was a woman called Miss Nancy, who was going out one morning to get some “callalou” (spinach) in the wood, and as she was going she heard some one say, “Good morning, Miss Nancy!” She could not tell who spoke to her, but she looked where the voice came from, and saw the Lion tied to the tree.

“Good morning, Mr. Lion, what are you doing there?”

He said, “It is all that fellow Ananzi who has tied me to the tree, but will you loose me?”

But she said, “No, for I am afraid, if I do, you will kill me.” But he gave her his word he would not; still she could not trust him; but he begged her again and again, and said:

“Well, if I do try to eat you, I hope all the trees will cry out shame upon me.”

So at last she consented; but she had no sooner loosed him, than he came up to her to eat her, for he had been so many days without food that he was quite ravenous, but the trees immediately cried out, “Shame,” and so he could not eat her. Then she went away as fast as she could, and the Lion found his way home.

When Lion got home he told his wife and children all that happened to him, and how Miss Nancy had saved his life, so they said they would have a great dinner, and ask Miss Nancy. Now when Ananzi heard of it, he wanted to go to the dinner, so he went to Miss Nancy, and said she must take him with her as her child, but she said, “No.” Then he said, “I can turn myself into quite a little child and then you can take me,” and at last she said, “Yes;” and he told her, when she was asked what pap her baby ate, she must be sure to tell them it did not eat pap, but the same food as every one else; and so they went, and had a very good dinner, and set off home again—but somehow one of the Lion’s sons fancied that all was not right, and he told his father he was sure it was Ananzi, and the Lion set out after him.

Then the Lion told him, but the old man said it was no use to follow him any more, for he would never catch him, and so the Lion wished him good-day, and turned and went home again. 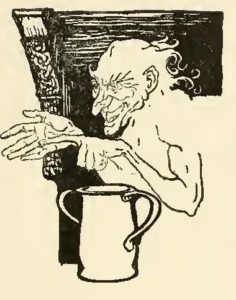