The Two Frogs (The Violet Fairy Book, 1901) by Andrew Lang (inspired by Lukas Kührer’s bike trip from Sweden to Austria) 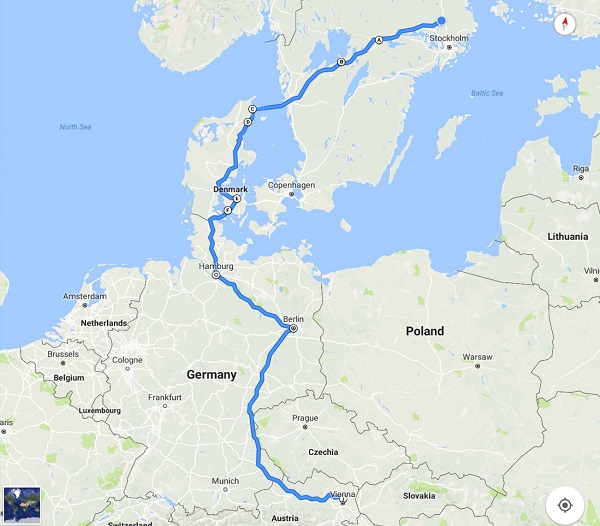 Today’s post is inspired by my friend and tennis club mate,Lukas, who just started his journey from Uppsala, Sweden to Vienna, Austria. What big deal is a journey from one country to another nowadays that we have trains and cars and planes? Well, Lukas is going by bike. He just started his own blog about his long journey home, which you can follow at wienwortaufmi (for all non-German speakers, that’s slang for Vienna is waiting for me).

Good luck, Lukas! This one is for you to tell you not to stop and look back!

Once upon a time in the country of Japan there lived two frogs, one of whom made his home in a ditch near the town of Osaka, on the sea coast, while the other dwelt in a clear little stream which ran through the city of Kioto. At such a great distance apart, they had never even heard of each other; but, funnily enough, the idea came into both their heads at once that they should like to see a little of the world, and the frog who lived at Kioto wanted to visit Osaka, and the frog who lived at Osaka wished to go to Kioto, where the great Mikado had his palace. So one fine morning in the spring they both set out along the road that led from Kioto to Osaka, one from one end and the other from the other. The journey was more tiring than they expected, for they did not know much about travelling, and half way between the two towns there arose a mountain which had to be climbed. It took them a long time and a great many hops to reach the top, but there they were at last, and what was the surprise of each to see another frog before him! They looked at each other for a moment without speaking, and then fell into conversation, explaining the cause of their meeting so far from their homes. It was delightful to find that they both felt the same wish—to learn a little more of their native country—and as there was no sort of hurry they stretched themselves out in a cool, damp place, and agreed that they would have a good rest before they parted to go their ways.

‘What a pity we are not bigger,’ said the Osaka frog; ‘for then we could see both towns from here, and tell if it is worth our while going on.’

‘Oh, that is easily managed,’ returned the Kioto frog. ‘We have only got to stand up on our hind legs, and hold on to each other, and then we can each look at the town he is travelling to.’

This idea pleased the Osaka frog so much that he at once jumped up and put his front paws on the shoulders of his friend, who had risen also. There they both stood, stretching themselves as high as they could, and holding each other tightly, so that they might not fall down. The Kioto frog turned his nose towards Osaka, and the Osaka frog turned his nose towards Kioto; but the foolish things forgot that when they stood up their great eyes lay in the backs of their heads, and that though their noses might point to the places to which they wanted to go their eyes beheld the places from which they had come.

‘Dear me!’ cried the Osaka frog, ‘Kioto is exactly like Osaka. It is certainly not worth such a long journey. I shall go home!’

‘If I had had any idea that Osaka was only a copy of Kioto I should never have travelled all this way,’ exclaimed the frog from Kioto, and as he spoke he took his hands from his friend’s shoulders, and they both fell down on the grass. Then they took a polite farewell of each other, and set off for home again, and to the end of their lives they believed that Osaka and Kioto, which are as different to look at as two towns can be, were as like as two peas. 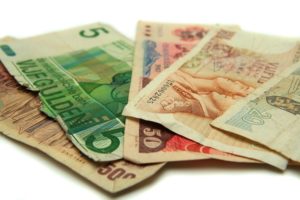 How a Hunter obtained Money from his Friends the Leopard, Goat, Bush Cat, and Cock, and how he got out of repaying them (FOLK STORIES FROM SOUTHERN NIGERIA WEST AFRICA, 1910) BY ELPHINSTONE DAYRELL
Many years ago there was a Calabar hunter called Effiong,…
Cresta Posts Box by CP