How a Hunter obtained Money from his Friends the Leopard, Goat, Bush Cat, and Cock, and how he got out of repaying them (FOLK STORIES FROM SOUTHERN NIGERIA WEST AFRICA, 1910) BY ELPHINSTONE DAYRELL 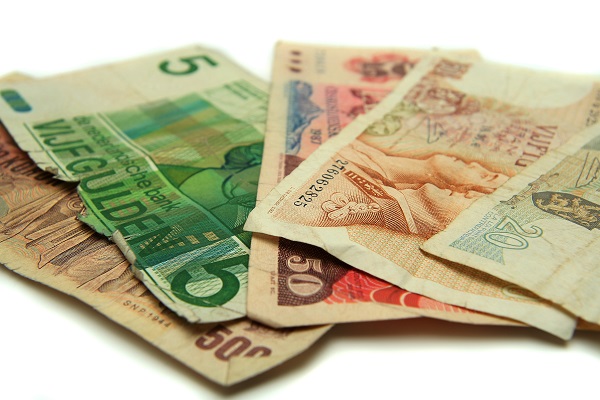 Many years ago there was a Calabar hunter called Effiong, who lived in the bush, killed plenty of animals, and made much money. Every one in the country knew him, and one of his best friends was a man called Okun, who lived near him. But Effiong was very extravagant, and spent much money in eating and drinking with every one, until at last he became quite poor, so he had to go out hunting again; but now his good luck seemed to have deserted him, for although he worked hard, and hunted day and night, he could not succeed in killing anything. One day, as he was very hungry, he went to his friend Okun and borrowed two hundred rods from him, and told him to come to his house on a certain day to get his money, and he told him to bring his gun, loaded, with him. Now, some time before this Effiong had made friends with a leopard and a bush cat, whom he had met in the forest whilst on one of his hunting expeditions; and he had also made friends with a goat and a cock at a farm where he had stayed for the night. But though Effiong had borrowed the money from Okun, he could not think how he was to repay it on the day he had promised. At last, however, he thought of a plan, and on the next day he went to his friend the leopard, and asked him to lend him two hundred rods, promising to return the amount to him on the same day as he had promised to pay Okun; and he also told the leopard, that if he were absent when he came for his money, he could kill anything he saw in the house and eat it. The leopard was then to wait until the hunter arrived, when he would pay him the money; and to this the leopard agreed. The hunter then went to his friend the goat, and borrowed two hundred rods from him in the same way. Effiong also went to his friends the bush cat and the cock, and borrowed two hundred rods from each of them on the same conditions, and told each one of them that if he were absent when they arrived, they could kill and eat anything they found about the place.

When the appointed day arrived the hunter spread some corn on the ground, and then went away and left the house deserted. Very early in the morning, soon after he had begun to crow, the cock remembered what the hunter had told him, and walked over to the hunter’s house, but found no one there. On looking round, however, he saw some corn on the ground, and, being hungry, he commenced to eat. About this time the bush cat also arrived, and not finding the hunter at home, he, too, looked about, and very soon he espied the cock, who was busy picking up the grains of corn. So the bush cat went up very softly behind and pounced on the cock and killed him at once, and began to eat him. By this time the goat had come for his money; but not finding his friend, he walked about until he came upon the bush cat, who was so intent upon his meal off the cock, that he did not notice the goat approaching; and the goat, being in rather a bad temper at not getting his money, at once charged at the bush cat and knocked him over, butting him with his horns. This the bush cat did not like at all, so, as he was not big enough to fight the goat, he picked up the remains of the cock and ran off with it to the bush, and so lost his money, as he did not await the arrival of the hunter. The goat was thus left master of the situation and started bleating, and this noise attracted the attention of the leopard, who was on his way to receive payment from the hunter. As he got nearer the smell of goat became very strong, and being hungry, for he had not eaten anything for some time, he approached the goat very carefully. Not seeing any one about he stalked the goat and got nearer and nearer, until he was within springing distance. The goat, in the meantime, was grazing quietly, quite unsuspicious of any danger, as he was in his friend the hunter’s compound. Now and then he would say Ba!! But most of the time he was busy eating the young grass, and picking up the leaves which had fallen from a tree of which he was very fond. Suddenly the leopard sprang at the goat, and with one crunch at the neck brought him down. The goat was dead almost at once, and the leopard started on his meal.

It was now about eight o’clock in the morning, and Okun, the hunter’s friend, having had his early morning meal, went out with his gun to receive payment of the two hundred rods he had lent to the hunter. When he got close to the house he heard a crunching sound, and, being a hunter himself, he approached very cautiously, and looking over the fence saw the leopard only a few yards off busily engaged eating the goat. He took careful aim at the leopard and fired, whereupon the leopard rolled over dead. The death of the leopard meant that four of the hunter’s creditors were now disposed of, as the bush cat had killed the cock, the goat had driven the bush cat away (who thus forfeited his claim), and in his turn the goat had been killed by the leopard, who had just been slain by Okun. This meant a saving of eight hundred rods to Effiong; but he was not content with this, and directly he heard the report of the gun he ran out from where he had been hiding all the time, and found the leopard lying dead with Okun standing over it. Then in very strong language Effiong began to upbraid his friend, and asked him why he had killed his old friend the leopard, that nothing would satisfy him but that he should report the whole matter to the king, who would no doubt deal with him as he thought fit. When Effiong said this Okun was frightened, and begged him not to say anything more about the matter, as the king would be angry; but the hunter was obdurate, and refused to listen to him; and at last Okun said, “If you will allow the whole thing to drop and will say no more about it, I will make you a present of the two hundred rods you borrowed from me.” This was just what Effiong wanted, but still he did not give in at once; eventually, however, he agreed, and told Okun he might go, and that he would bury the body of his friend the leopard.

Directly Okun had gone, instead of burying the body Effiong dragged it inside the house and skinned it very carefully. The skin he put out to dry in the sun, and covered it with wood ash, and the body he ate. When the skin was well cured the hunter took it to a distant market, where he sold it for much money. And now, whenever a bush cat sees a cock he always kills it, and does so by right, as he takes the cock in part payment of the two hundred rods which the hunter never paid him.

Moral.—Never lend money to people, because if they cannot pay they will try to kill you or get rid of you in some way, either by poison or by setting bad Ju Ju’s for you.

Enjoy other stories by Elphinstone Dayrell. . or by my friend Dyna from malamusi.com 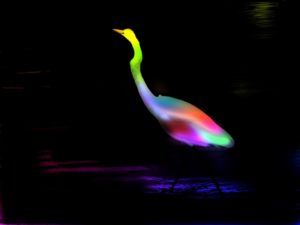