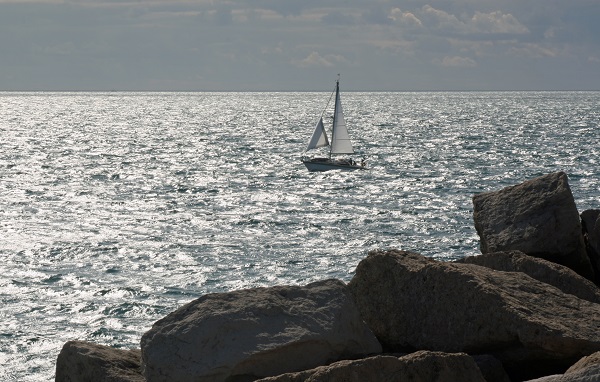 Today is the International Day of the Seafarer. The official purpose of the day is to give thanks to seafarers for their contribution to the world economy and the civil society; and for the risks and personal costs they bear while on their jobs.

Seafarers have inspired our imagination for as long as mankind looks out to the sea. Therefore I dedicate today’s post to the seafarers of the world. I will sing of myself a song that is true,
Tell of my travels and troublesome days,
How often I endured days of hardship;
Bitter breast-care I have borne as my portion,
Have seen from my ship sorrowful shores,
Awful welling of waves; oft on watch I have been
On the narrow night-wakes at the neck of the ship,
When it crashed into cliffs; with cold often pinched
Were my freezing feet, by frost bound tight
In its blighting clutch; cares then burned me,
Hot around my heart. Hunger tore within
My sea-weary soul. To conceive this is hard
For the landsman who lives on the lonely shore—
How, sorrowful and sad on a sea ice-cold,
I eked out my exile through the awful winter
.   .   .   .   .   .   .   . deprived of my kinsmen,
Hung about by icicles; hail flew in showers.
There I heard naught but the howl of the sea,
The ice-cold surge with a swan-song at times;
The note of the gannet for gayety served me,
The sea-bird’s song for sayings of people,
For the mead-drink of men the mew’s sad note.
Storms beat on the cliffs, ’mid the cry of gulls,
Icy of feather; and the eagle screamed,
The dewy-winged bird. No dear friend comes
With merciful kindness my misery to conquer.
Of this little can he judge who has joy in his life,
And, settled in the city, is sated with wine,
And proud and prosperous— how painful it is
When I wearily wander on the waves full oft!
Night shadows descended; it snowed from the north;
The world was fettered with frost; hail fell to the earth,
The coldest of corns.
Yet course now desires
Which surge in my heart for the high seas,
That I test the terrors of the tossing waves;
My soul constantly kindles in keenest impatience
To fare itself forth and far off hence
To seek the strands of stranger tribes.
There is no one in this world so o’erweening in power,
So good in his giving, so gallant in his youth,
So daring in his deeds, so dear to his lord,
But that he leaves the land and longs for the sea.
By the grace of God he will gain or lose;
Nor hearkens he to harp nor has heart for gift-treasures,
Nor in the wiles of a wife nor in the world rejoices.
Save in the welling of waves no whit takes he pleasure;
But he ever has longing who is lured by the sea.
The forests are in flower and fair are the hamlets;
The woods are in bloom, the world is astir:
Everything urges one eager to travel,
Sends the seeker of seas afar
To try his fortune on the terrible foam.
The cuckoo warns in its woeful call;
The summer-ward sings, sorrow foretelling,
Heavy to the heart. Hard is it to know
For the man of pleasure, what many with patience
Endure who dare the dangers of exile!
In my bursting breast now burns my heart,
My spirit sallies over the sea-floods wide,
Sails o’er the waves, wanders afar
To the bounds of the world and back at once,
Eagerly, longingly; the lone flyer beckons
My soul unceasingly to sail o’er the whale-path,
Over the waves of the sea.

You can also listen to another translation of “The Seafarer” read by the Librivox project. 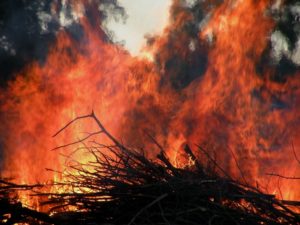