THE JACKAL AND THE KITE (Indian Fairy Tales, 1880) collected and translated by Maive Stokes 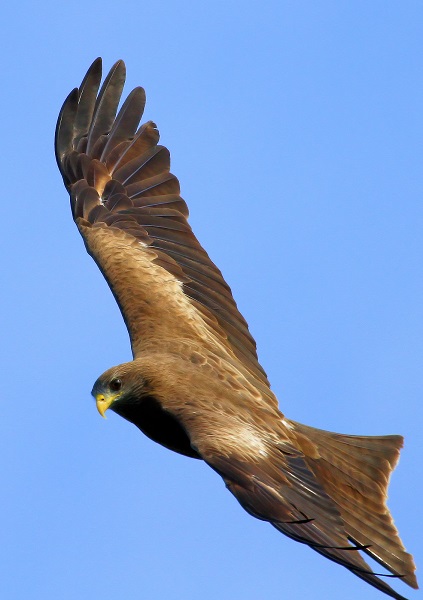 THERE was once a she-jackal and a she-kite. They lived in the same tree; the jackal at the bottom of the tree, and the kite at the top. Neither had any children. One day the kite said to the jackal, “Let us go and worship God, and fast, and then he will give us children.” So the jackal said, “Very good.” That day the kite ate nothing, nor that night; but the jackal at night brought a dead animal, and was sitting eating it quietly under the tree. By-and-by the kite heard her crunching the bones, instead of fasting. “What have you got there,” said the kite, “that you are making such a noise?” “Nothing,” said the jackal; “it is only my own bones that rattle inside my body whenever I move.” The kite went to sleep again, and took no more notice of the jackal. Next morning the kite ate some food in the name of God. That night again the jackal brought a dead animal. The kite called out, “What are you crunching there? Why are you making that noise? I am sure you have something to eat.” The jackal said, “Oh, no! It is only my own bones rattling in my body.” So the kite went to sleep again.

Some time after, the kite had seven little boys—real little boys—but the jackal had none, because she had not fasted. A year after that the kite went and worshipped God, asking Him to take care of her children. One day—it was their great day—the kite set out seven plates. On one she put cocoa-nuts, on another cucumbers, on a third rice, on a fourth plantains, and so on. Then she gave a plate to each of her seven sons, and told them to take the plates to their aunt the jackal. So they took the seven plates, and carried them to their aunt, crying out, “Aunty, aunty, look here! Mamma has sent you these things.” The jackal took the plates, and cut off the heads of the seven boys, and their hands, and their feet, and their noses, and their ears, and took out their eyes. Then she laid their heads in one plate, and their eyes in another, and their noses in a third, and their ears in a fourth, and their hands in a fifth, and their feet in a sixth, and their trunks in the seventh, and then she covered all the plates over. Then she took the plates to the kite, and called out, “Here! I have brought you something in return. You sent me a present, and I bring you a present.” Now the poor kite thought the jackal had killed all her seven children, so she cried out, “Oh, it’s too dark now to see what you have brought. Put the plates down in my tree.” The jackal put the plates down and went home. Then God made the boys alive again, and they came running to their mother, quite well. And instead of the heads and eyes, and noses and ears, and hands and feet, and trunks, there were again on the plates cocoa-nuts and cucumbers, and plantains and rice, and so on.

Now the jackal got hold of the boys again. And this time she killed them, and cooked them and ate them; and again God brought them to life. Well, the jackal was very much astonished to see the boys alive, and she got angry, and said to the kite, “I will take your seven sons and throw them into the water, and they will be drowned.” “Very well,” said the kite, “take them. I don’t mind. God will take care of them.” The jackal took them and threw them into the water, and left them to die, while the kite looked on without crying. And again God made them alive, and the jackal was so surprised. “Why,” said she, “I put these children into the water, and left them to drown. And here they are alive!” Then God got very angry with the jackal, and said to her, “Go out of this village. And wherever you go, men will try to shoot you, and you shall always be afraid of them.” So the jackal had to go away; and the kite and her children lived very happily ever afterwards. 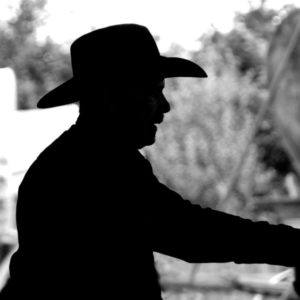 THE CAPTURE OF FATHER TIME (American Fairy Tales) By L. FRANK BAUM
Jim was the son of a cowboy, and lived on…
Cresta Posts Box by CP