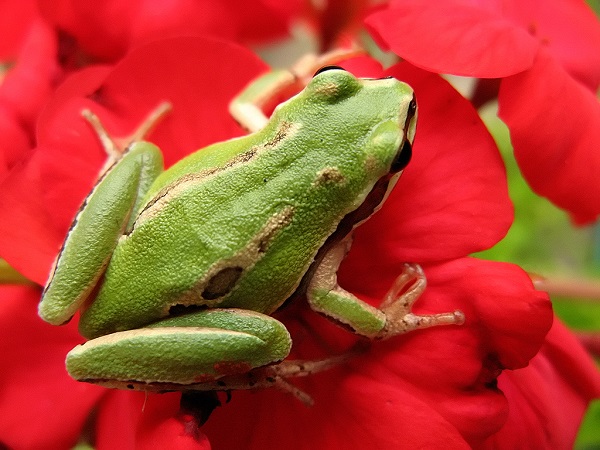 THERE were a rat and a frog. And the rat said to the frog, “Go and get me some sticks, while I go and get some flour and milk.” So the frog went out far into the jungle and brought home plenty of sticks, and the rat went out and brought home flour and milk for their dinner. Then she cooked the dinner, and when it was cooked she said to the frog, “Now, you sit here while I go to bathe, and take care of the food so that no one may come and eat it up.” Then the rat went to take her bath, and as soon as she had gone the frog made haste and ate up the dinner quickly, and went away. When the rat came back she found no dinner, and she could not find the frog. So she went out to look for him, calling to him as loudly as she could, and she saw him in the distance, and overtook him. “Why have you eaten my dinner? Why did you go away?” said the rat. Said the frog, “Oh, dear! it was not I that ate your dinner, but a huge dog that came; and I was only a tiny, tiny thing, and he was a great big dog, and so he frightened me, and I ran away.” “Very well,” said the rat; “go and fetch me more sticks while I go for flour and milk.” So the frog went out far into the jungle and brought back plenty of sticks. And the rat went to fetch flour and milk. Then she lit the fire and cooked the dinner, and told the frog to take care of the dinner while she went to bathe. As soon as she had gone, the frog ate up all the dinner, and went away and hid himself. When the rat came back she saw no frog, no dinner. She went away into the jungle and called to him, and the frog answered from behind a tree, “Here I am, here I am.” The rat went to him and said, “Why did you eat my dinner?” “I didn’t,” said the frog. “It was a great big dog ate the dinner, and he wanted to eat me too, and so I ran away.” The rat said, “Very well. Go and fetch me some more sticks, and I will go for flour and milk.” Then she cooked the dinner again and went to bathe. The frog ate up all the dinner, and went away and hid himself. When the rat returned she saw no dinner, no frog. So she went far into the jungle, found the frog, and told him that it was he that had eaten the dinner. And the frog said, “No,” and the rat said, “Yes.” And the frog said, “If you say that again, I will eat you up.” “All right,” says the rat, “eat me up.” So he ate her up and sat behind a tree, and the baker came past. The frog called out, “Baker, come here! come here! Give me some bread.” The baker looked about everywhere, could not see anybody, could not think who was calling him. At last he saw the frog sitting behind a tree. “Give me some bread,” says the frog. The man said, “No, I won’t give you any bread. I am a great big man, and you are only a little frog, and you have no money.” “Yes, I have money. I will give you some pice, and you will give me some bread.” But the man said, “No, I won’t.” “Well,” said the frog, “if you won’t give me bread, I will eat you up first, and then I will eat up your bread.” So he ate up the man, and then ate up his bread. Presently a man with oranges and lemons passed by. The frog called to him, “Come here! come here!” The man was very much afraid. He didn’t know who had called him. Then he saw the frog, and the frog said, “Give me some lemons.” The man wouldn’t, and said, “No.” “Very well,” says the frog, “if you won’t, I’ll eat you up.” So he ate up the man with his lemons and oranges. Presently a horse and his groom went by. The frog says, “Please give me a ride, and I will give you some money.” “No,” said the horse, “I won’t let you ride on me. You are like a monkey,—very little—I won’t let you ride on my back.” The frog said, “If you won’t, I’ll eat you up.” Then the frog ate him up, and his groom too. Then a barber passed by. “Come and shave me,” says the frog. “Good,” says the barber, “I’ll come and shave you.” So he shaved him, and he thought the frog looked very fat, and so as he was shaving him he suddenly made a cut in his stomach. Out jumped the rat with her flour and milk—the baker with his bread—the lemon-seller with his oranges and lemons—the horse and his groom. And the barber ran away home. And the frog died. 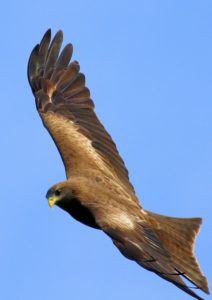 THE JACKAL AND THE KITE (Indian Fairy Tales, 1880) collected and translated by Maive Stokes
THERE was once a she-jackal and a she-kite. They lived…
Cresta Posts Box by CP