THE WHITE MAN AND SNAKE (South-African Folk-Tales, 1910) by James A. Honey

A white man, it is said, met Snake upon whom a large stone had fallen and covered her so that she could not rise. The White Man lifted the stone off Snake, but when he had done so, she wanted to bite him. The White Man said, “Stop! let us both go first to some wise people.” They went to Hyena, and the White Man asked him, “Is it right that Snake should want to bite me, when I helped her as she lay under a stone and could not rise?”

Hyena (who thought he would get his share of the White Man’s body) said, “If you were bitten what would it matter?”

Then Snake wanted to bite him, but the White Man said again, “Wait a little, and let us go to other wise people, that I may hear whether this is right.”

They went and met Jackal. The White Man said to Jackal, “Is it right for Snake to want to bite me, when I lifted up the stone which lay upon her?”

Jackal replied, “I do not believe that Snake could be covered by a stone so she could not rise. Unless I saw it with my two eyes, I would not believe it. Therefore, come let us go and see the place where you say it happened whether it can be true.”

They went, and arrived at the place where it had happened. Jackal said, “Snake, lie down, and let thyself be covered.”

Snake did so, and the White Man covered her with the stone; but although she exerted herself very much, she could not rise. Then the White Man wanted again to release Snake, but Jackal interfered, and said, “Do not lift the stone. She wanted to bite you, therefore she may rise by herself.”

Then they both went away and left Snake under the stone.

ANOTHER VERSION OF THE
SAME FABLE

A Dutchman was walking by himself and saw Snake lying under a large stone. Snake implored his help; but when she had become free she said, “Now I shall eat you.”

The Man answered, “That is not right. Let us first go to Hare.”

When Hare had heard the affair, he said, “It is right.”

Hyena declared the same, saying, “It is right.”

“Now let us ask Jackal,” said the Man in his despair.

Jackal answered very slowly and considerately, doubting the whole affair, and demanding to see first the place, and whether the Man was able to lift the stone. Snake lay down, and the Man, to prove the truth of his account, put the stone again over her.

When she was fast, Jackal said, “Now let her lie there.” 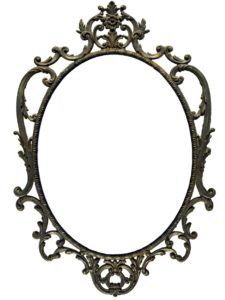