THE THREE RHYMSTERS – (The Chinese Fairy Book, 1921) by Richard Wilhelm

ONCE there were three daughters in a family. The oldest one married a physician, the second one married a magistrate; but the third, who was more than usually intelligent and a clever talker, married a farmer.

Now it chanced, once upon a time, that their parents were celebrating a birthday. So the three daughters came, together with their husbands, to wish them long life and happiness. The parents-in-law prepared a meal for their three sons-in-law, and put the birthday wine on the table. But the oldest son-in-law, who knew that the third one had not attended school, wanted to embarrass him.

“It is far too tiresome,” said he, “just to sit here drinking: let us have a drinking game. Each one of us must invent a verse, one that rimes and makes sense, on the words: ‘in the sky, on the earth, at the table, in the room,’ And whoever cannot do so, must empty three glasses as a punishment.”

All the company were satisfied. Only the third son-in-law felt embarrassed and insisted on leaving. But the guests would not let him go, and obliged him to keep his seat. Then the oldest son-in-law began: “I will make a start with my verse. Here it is:“In the sky the phenix proudly flies,On the earth the lambkin tamely lies,At the table through an ancient book I wade,In the room I softly call the maid.”

The second one continued: “And I say:“In the sky the turtle-dove flies round,On the earth the ox paws up the ground,At the table one studies the deeds of yore,In the room the maid she sweeps the floor.”

But the third son-in-law stuttered, and found nothing to say. And when all of them insisted, he broke out in rough tones of voice:“In the sky—flies a leaden bullet,On the earth—stalks a tiger-beast,On the table—lies a pair of scissors,In the room—I call the stable-boy.”

The other two sons-in-law clapped their hands and began to laugh loudly.

“Why the four lines do not rime at all,” said they, “and, besides they do not make sense. A leaden bullet is no bird, the stable-boy does his work outside, would you call him into the room? Nonsense, nonsense! Drink!”

Yet before they had finished speaking, the third daughter raised the curtain of the women’s room, and stepped out. She was angry, yet she could not suppress a smile.

“How so do our lines not make sense?” said she. “Listen a moment, and I’ll explain them to you: In the sky our leaden bullet will shoot your phenix and your turtle-dove. On the earth our tiger-beast will devour your sheep and your ox. On the table our pair of scissors will cut up all your old books. And finally, in the room—well, the stable-boy can marry your maid!”

Then the oldest son-in-law said: “Well scolded! Sister-in-law, you know how to talk! If you were a man you would have had your degree long ago. And, as a punishment, we will empty our three glasses.” 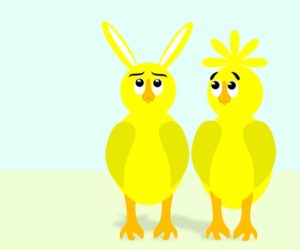 Women’s Words Part Flesh and Blood – (The Chinese Fairy Book, 1921) by Richard Wilhelm
ONCE upon a time there were two brothers, who lived…
Cresta Posts Box by CP