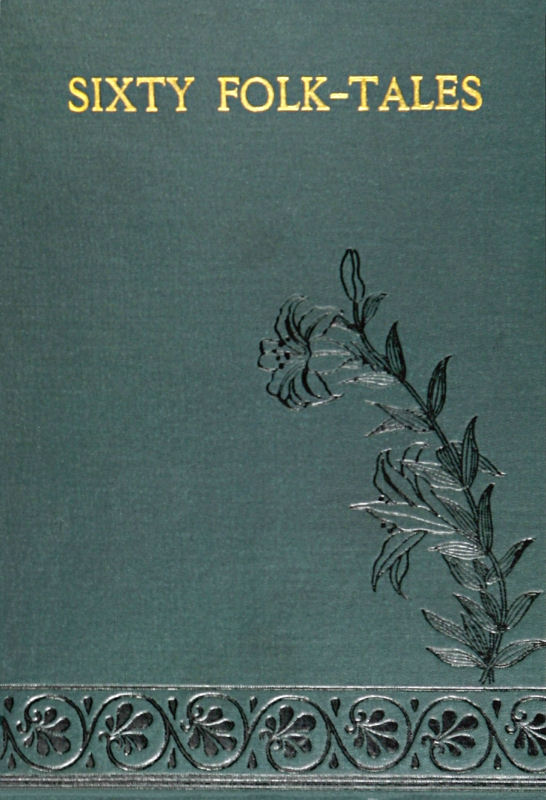 Once upon a time Luck met Intelligence on a garden-seat. ‘Make room for me!’ said Luck. Intelligence was then as yet inexperienced, and didn’t know who ought to make room for whom. He said: ‘Why should I make room for you? you’re no better than I am.’ ‘He’s the better man,’ answered Luck, ‘who performs most. See you there yon peasant’s son who’s ploughing in the field? Enter into him, and if he gets on better through you than through me, I’ll always submissively make way for you, whensoever and wheresoever we meet.’ Intelligence agreed, and entered at once into the ploughboy’s head. As soon as the ploughboy felt that he had intelligence in his head, he began to think: ‘Why must I follow the plough to the day of my death? I can go somewhere else and make my fortune more easily.’ He left off ploughing, put up the plough, and drove home. ‘Daddy,’ says he, ‘I don’t like this peasant’s life; I’d rather learn to be a gardener.’ His father said: ‘What ails you, Vanek? have you lost your wits?’ However, he bethought himself, and said: ‘Well, if you will, learn, and God be with you! Your brother will be heir to the cottage after me.’ Vanek lost the cottage, but he didn’t care for that, but went and put himself apprentice to the king’s gardener. For every little that the gardener showed him, Vanek comprehended ever so much more. Ere long he didn’t even obey the gardener’s orders as to how he ought to do anything, but did everything his own way. At first the gardener was angry, but, seeing everything thus getting on better, he was content. ‘I see that you’ve more intelligence than I,’ said he, and henceforth let Vanek garden as he thought fit. In no long space of time Vanek made the garden so beautiful, that the king took great delight in it, and frequently walked in it with the queen and with his only daughter.

The princess was a very beautiful damsel, but ever since she was twelve years old she had ceased speaking, and no one ever heard a single word from her. The king was much grieved, and caused proclamation to be made, that whoever should bring it to pass that she should speak again, should be her husband. Many young kings, princes and other great lords announced themselves one after the other, but all went away as they had come; no one succeeded in causing her to speak. ‘Why shouldn’t I too try my luck?’ thought Vanek; ‘who knows whether I mayn’t succeed in bringing her to answer when I ask her a question?’ He at once caused himself to be announced at the palace, and the king and his councillors conducted him into the room where the princess was. The king’s daughter had a pretty little dog, and was very fond of him because he was so clever, understanding everything that she wanted. When Vanek went into the room with the king and his councillors, he made as if he didn’t even see the princess, but turned to the dog and said: ‘I have heard, doggie, that you are very clever, and I come to you for advice. We are three companions in travel, a sculptor, a tailor and myself. Once upon a time we were going through a forest and were obliged to pass the night in it. To be safe from wolves, we made a fire, and agreed to keep watch one after the other. The sculptor kept watch first, and for amusement to kill time took a log and carved a damsel out of it. When it was finished he woke the tailor to keep watch in his turn. The tailor, seeing the wooden damsel, asked what it meant. “As you see,” said the sculptor, “I was weary, and didn’t know what to do with myself, so I carved a damsel out of a log; if you find time hang heavy on your hands, you can dress her.” The tailor at once took out his scissors, needle and thread, cut out the clothes, stitched away, and when they were ready, dressed the damsel in them. He then called me to come and keep watch. I, too, asked him what the meaning of all this was. “As you see,” said the tailor, “the sculptor found time hang heavy on his hands and carved a damsel out of a log, and I for the same reason clothed her; and if you find time hanging on your hands, you can teach her to speak.” And by morning dawn I had actually taught her to speak. But in the morning when my companions woke up, each wanted to possess the damsel. The sculptor said, “I made her;” the tailor, “I clothed her.” I, too, maintained my right. Tell me, therefore, doggie, to which of us the damsel belongs?’ The dog said nothing, but instead of the dog the princess replied: ‘To whom can she belong but to yourself? What’s the good of the sculptor’s damsel without life? What’s the good of the tailor’s dressing without speech? You gave her the best gift, life and speech, and therefore she by right belongs to you.’ ‘You have passed your own sentence,’ said Vanek; ‘I have given you speech again and a new life, and you therefore by right belong to me.’ Then said one of the king’s councillors: ‘His Royal Grace will give you a plenteous reward for succeeding in unloosing his daughter’s tongue; but you cannot have her to wife, as you are of mean lineage.’ The king said: ‘You are of mean lineage; I will give you a plenteous reward instead of our daughter.’ But Vanek wouldn’t hear of any other reward, and said: ‘The king promised without any exception, that whoever caused his daughter to speak again should be her husband. A king’s word is a law; and if the king wants others to observe his laws, he must first keep them himself. Therefore the king must give me his daughter.’ ‘Seize and bind him!’ shouted the councillor. ‘Whoever says the king must do anything, offers an insult to his Majesty, and is worthy of death. May it please your Majesty to order this malefactor to be executed with the sword?’ The king said: ‘Let him be executed.’ Vanek was immediately bound and led to execution. When they came to the place of execution Luck was there waiting for him, and said secretly to Intelligence, ‘See how this man has got on through you, till he has to lose his head! Make way, and let me take your place!’ As soon as Luck entered Vanek, the executioner’s sword broke against the scaffold, just as if someone had snapped it; and before they brought him another, up rode a trumpeter on horseback from the city, galloping as swift as a bird, trumpeted merrily, and waved a white flag, and after him came the royal carriage for Vanek. This is what had happened: The princess had told her father at home that Vanek had but spoken the truth, and the king’s word ought not to be broken. If Vanek were of mean lineage the king could easily make him a prince. The king said: ‘You’re right; let him be a prince!’ The royal carriage was immediately sent for Vanek, and the councillor who had irritated the king against him was executed in his stead. Afterwards, when Vanek and the princess were going together in a carriage from the wedding, Intelligence happened to be somewhere on the road, and seeing that he couldn’t help meeting Luck, bent his head and slipped on one side, just as if cold water had been thrown upon him. And from that time forth it is said that Intelligence has always given a wide berth to Luck whenever he has had to meet him. 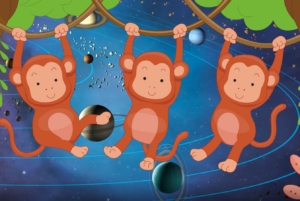