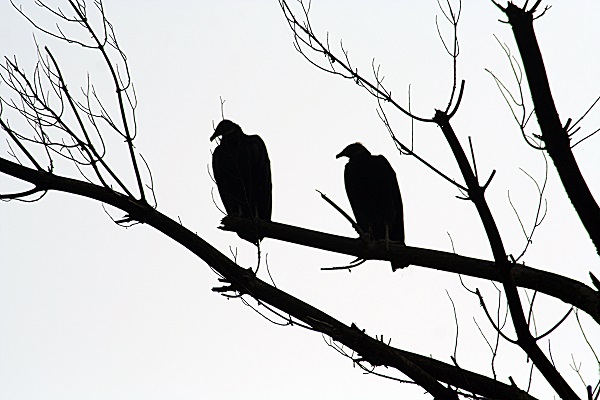 The birds wanted a king. Men have a king, so have animals, and why shouldn’t they? All had assembled.

“The Ostrich, because he is the largest,” one called out.

“Vulture, because he can fly the highest.”

“No, Vulture is too dirty, his odor is terrible.”

“Peacock, he is so beautiful.”

“His feet are too ugly, and also his voice.”

“Owl, because he can see well.”

“Not Owl, he is ashamed of the light.”

And so they got no further. Then one shouted aloud, “He who can fly the highest will be king.” “Yes, yes,” they all screamed, and at a given signal they all ascended straight up into the sky.

Vulture flew for three whole days without stopping, straight toward the sun. Then he cried aloud, “I am the highest, I am king.”

Vulture flew for another day still ascending. “I am highest, I am king.”

“T-sie, t-sie, t-sie, I am the highest, I am king,” Tink-tinkje mocked. There he was again, having crept out from under the wing of Vulture.

Vulture flew on the fifth day straight up in the air. “I am the highest, I am king,” he called.

Vulture was tired and now flew direct to earth. The other birds were mad through and through. Tink-tinkje must die because he had taken advantage of Vulture’s feathers and there hidden himself. All flew after him and he had to take refuge in a mouse hole. But how were they to get him out? Some one must stand guard to seize him the moment he put out his head.

“Owl must keep guard; he has the largest eyes; he can see well,” they exclaimed.

Owl went and took up his position before the hole. The sun was warm and soon Owl became sleepy and presently he was fast asleep.

Tink-tinkje peeped, saw that Owl was asleep, and z-zip away he went. Shortly afterwards the other birds came to see if Tink-tinkje were still in the hole. “T-sie, t-sie,” they heard in a tree; and there the little vagabond was sitting.

White-crow, perfectly disgusted, turned around and exclaimed, “Now I won’t say a single word more.” And from that day to this White-crow has never spoken. Even though you strike him, he makes no sound, he utters no cry. 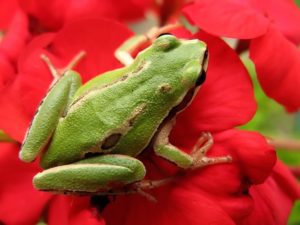 THE VORACIOUS FROG (Indian Fairy Tales, 1880) collected and translated by Maive Stokes
THERE were a rat and a frog. And the rat…
Cresta Posts Box by CP