The Man who wished to be Perfect (Folk-Tales of Bengal, 1912) by Rev. Lal Behari Day 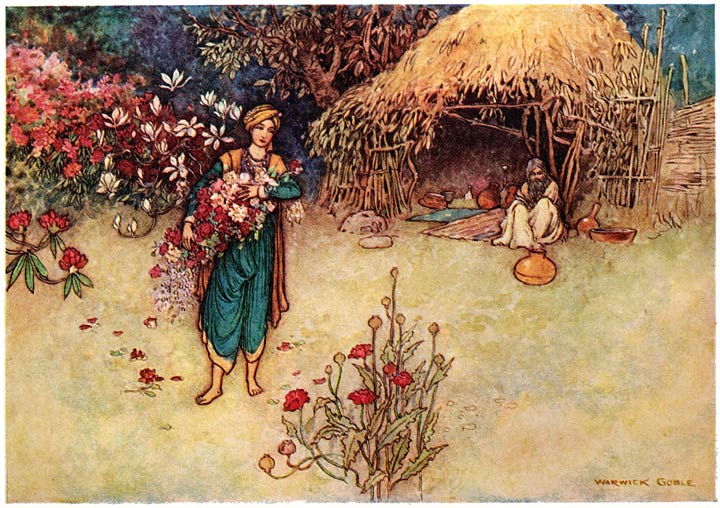 Once on a time a religious mendicant came to a king who had no issue, and said to him, “As you are anxious to have a son, I can give to the queen a drug, by swallowing which she will give birth to twin sons; but I will give the medicine on this condition, that of those twins you will give one to me, and keep the other yourself.” The king thought the condition somewhat hard, but as he was anxious to have a son to bear his name, and inherit his wealth and kingdom, he at last agreed to the terms. Accordingly the queen swallowed the drug, and in due time gave birth to two sons. The twin brothers became one year old, two years old, three years old, four years old, five years old, and still the mendicant did not appear to claim his share; the king and queen therefore thought that the mendicant, who was old, was dead, and dismissed all fears from their minds. But the mendicant was not dead, but living; he was counting the years carefully. The young princes were put under tutors, and made rapid progress in learning, as well as in the arts of riding and shooting with the bow; and as they were uncommonly handsome, they were admired by all the people. When the princes were sixteen years old the mendicant made his appearance at the palace gate, and demanded the fulfilment of the king’s promise. The hearts of the king and of the queen were dried up within them. They had thought that the mendicant was no more in the land of the living; but what was their surprise when they saw him standing at the gate in flesh and blood, and demanding one of the young princes for himself? The king and queen were plunged into a sea of grief. There was nothing for it, however, but to part with one of the princes; for the mendicant might by his curse turn into ashes not only both the princes, but also the king, queen, palace, and the whole of the kingdom to boot. But which one was to be given away? The one was as dear as the other. A fearful struggle arose in the hearts of the king and queen. As for the young princes, each of them said, “I’ll go,” “I’ll go.” The younger one said to the elder, “You are older, if only by a few minutes; you are the pride of my father; you remain at home, I’ll go with the mendicant.” The elder said to the younger, “You are younger than I am; you are the joy of my mother; you remain at home, I’ll go with the mendicant.” After a great deal of yea and nay, after a great deal of mourning and lamentation, after the queen had wetted her clothes with her tears, the elder prince was let go with the mendicant. But before the prince left his father’s roof he planted with his own hands a tree in the courtyard of the palace, and said to his parents and brother, “This tree is my life. When you see the tree green and fresh, then know that it is well with me; when you see the tree fade in some parts, then know that I am in an ill case; and when you see the whole tree fade, then know that I am dead and gone.” Then kissing and embracing the king and queen and his brother, he followed the mendicant.

“At dawn he used to cull flowers in the forest”

In the course of a few days the mendicant’s devotions were completed. On the following day he told the prince to go along with him to the temple of Kali, for what reason he did not mention; but the prince knew it was to offer him up as a victim to the goddess. The younger prince also went with them, but he was not allowed to go inside the temple. The mendicant then stood in the presence of Kali and said to the prince, “Bow down to the goddess.” The prince replied, “I have not, as a prince, bowed to any one; I do not know how to perform the act of prostration. Please show me the way first, and I’ll gladly do it.” The mendicant then prostrated himself before the goddess; and while he was doing so the prince at one stroke of his sword separated his head from his body. Immediately the skulls in the niches of the temple laughed aloud, and the goddess herself became propitious to the prince and gave him that virtue of perfection which the mendicant had sought to obtain. The skulls were again united to their respective bodies and became living men, and the two princes returned to their country. 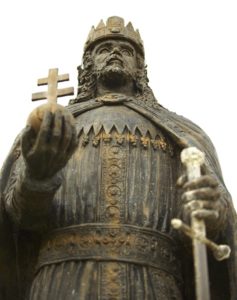 THE GRATEFUL PRINCE (The Violet Fairy Book, 1889) by ANDREW LANG
Once upon a time the king of the Goldland lost…
Cresta Posts Box by CP